By Suzanne Methot
An exploration of the effects of colonization on Indigenous people and of paths to recovery and healing.

This book is for anyone who cares about the losses experienced by Indigenous people in North America and about their future. The author, Suzanne Methot, is a Nehiyaw writer, educator, and community activist in Toronto, Ontario. She was raised in Alberta. She’s the co-author of a previous book, Aboriginal Beliefs, Values, and Aspirations, published in French and English by one of the largest textbook publishers in Canada and widely used in high-school social studies classes.

In Legacy, Methot shines a light on the effects of colonization on Indigenous communities, the ways of healing that are still to come, and the Indigenous ways of knowing Native people can recover. The topic is not an easy one, and the reading of this work is not always easy. We wouldn’t expect it to be. Court cases are detailed, as are ongoing abuses of Native peoples and First Nations (that’s the term most often used for Indigenous people in Canada) by the U.S. and Canadian governments. Methot also gives up-to-date information on Indigenous protests of the Dakota Access Pipeline and other ways that Indigenous people “disrupt market capitalism.” But throughout, Methot’s purpose is practical, and she often tells her own stories and experiences in order to illustrate points about trauma, stress, coping techniques, and how to heal.

She includes much Indigenous wisdom and spiritual practice. For example, in chapter 4, “The Angry Indian and a Culture of Blame,” Methot offers “Seven Sacred Teachings (Nehiyawak Version),” revealing what is already present in the Indigenous psyche — despite the damage caused by colonization and cultural genocide — to which Indigenous people may return. Due to space constraints, we can only summarize them here: 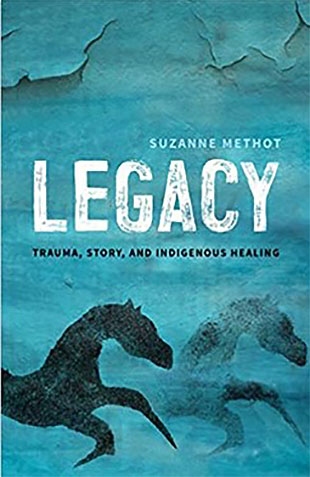