Church of the Wild How Nature Invites Us into the Sacred

By Victoria Loorz
The eco-spiritual roots of Christian spiritual practice.

Author Victoria Loorz earned a Christian seminary degree and pastored what she calls “indoor churches” for several years before embarking on a new sacred work.

She explains how this began around Advent 2015: “Ojai Church of the Wild was the name of the first wild church I started along with a small group of brave souls. It was an experiment, an opportunity to develop spiritual practices of conversation with the natural world within community. We started meeting under an oak tree near the river’s dry wash, on land that had been cherished and cared for by Chumash people for more than ten thousand years.”

She sets out in this book to “rewild the church.” She writes: “I feel compassion for the wild truth and love embodied by Jesus, which has been buried beneath centuries of distortion by men who didn’t get it. And I feel wholehearted about the vocation of reconnecting nature and spirit, church and wild.”

Her inspirations for discovering what wildness has to teach, include the Potawatomi Nation author Robin Wall Kimmerer, Ilia Delio, Sallie McFague, and Thomas Berry (check-out our e-course on his theology and practice).

Loorz adds about “churches of the wild” that they move easily outside and beyond Christian categories: “The constellation of spiritualities [is] always varied: people who identified as traditional Christian to agnostic to anti-Christian atheist to Buddhist to Jewish to new age to whatever.”

She offers lessons learned from deer, crows, ants, sea creatures, and the land itself. Loorz explains:

“Try asking your friends this question: ‘Tell me about the land who raised you.’ I’ve found that nearly everyone knows how to answer it. And usually with animated enthusiasm, they share about the fields, the surf, the mud pies, the songs of meadowlarks who were as important to their early childhood as their families. It’s like they were just waiting for someone to give them permission to regard these connections with nature as something important, even sacred.”

try a practice on grace 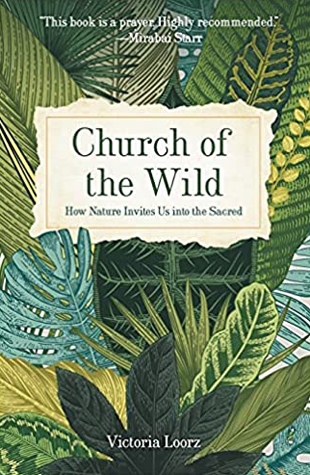