How to Inhabit Time Understanding the Past, Facing the Future, Living Faithfully Now

By James Smith
The spiritual significance of keeping time.

Organized around three meditations on portions of the book of Ecclesiastes, James K. A. Smith’s new book focuses on the humanness and creatureliness of time, marking life with seasonality, taking a long view, and remembering that we will die.

It’s a “spiritual adventure,” the author explains, living in time. Recognizing this is the start to living a more contemplative life, he says.

This book will appeal to those who have grown more angry and frustrated in recent years, with a toxic political environment and a pandemic changing our way of life. We need reminders of the obvious things. We need to learn new ways of being patient, of measuring life’s meaning, of turning disorientation into tools for mapping life with purpose.

A professor of philosophy at Calvin University in Grand Rapids, Michigan, Smith is also a public intellectual in an era when we don’t have many of those. He writes mostly for his fellow Christians, but not exclusively. He promises an afterlife to those who believe, but that is not at all the focal point of his book.

Lessons are offered from the author’s own life experience, but also from a hard-won wisdom. For example, he recommends recognizing life in “seasons.” To do so is to navigate difficult times. “Recognizing the reality of seasons can be incredibly liberating, not only because it changes our expectations but also because it attunes us to receive God’s grace in different ways in different eras of a life.”

Writing mostly for people (for example, Christians) who think of their spiritual lives in terms of eternity, Smith urges them toward “a renewed temporal awareness, a spiritual timekeeping that is attuned to the texture of history, the vicissitudes of life, and the tempo of the Spirit.”

Kierkegaard and Heidegger are quoted effectively. So is the novelist Proust, the translator Robert Alter, and the poet Elizabeth Bishop. Some of the language Smith uses leans heavily on the philosophical, as when he writes of a way “of learning from our future,” and later, the merits of living “futurally.”

And, as mentioned, he quotes often from the book of Ecclesiastes — the not very spiritual book from the Bible that says “To everything there is a season,” as in the lyrics of “Turn! Turn! Turn!” made famous by The Byrds. Smith uses Ecclesiastes to explain some plain and ordinary truths, for example: “To be a creature is to be passing away, amid things passing away.”

The penultimate chapter, “Seasons of the Heart: How to Inhabit Your Now,” is inspiring, designed to face the realities one takes to heart by living more deeply and closely in the temporal. Here Smith recommends “prayerful listening in the midst of things, since we never get to be above the fray, looking at our now from a nowhen.” That last word is not his invention; it’s a philosophical term that equates to a perspective outside of time. Just as Smith says that we cannot get there, he also leads the reader to feel that someday, with spiritual perspective and discipline, it just might be possible. 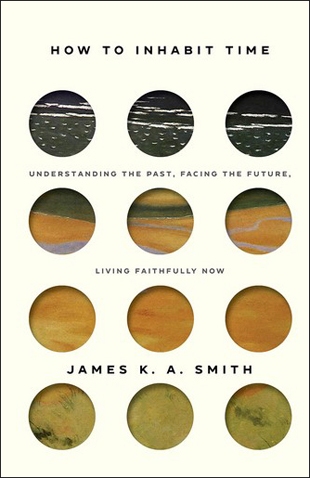