By Lawrence Kushner
Examines the varied expressions of the Jewish spiritual imagination, including the Torah, mystery, sacred deeds, and blessings.

"Spirituality," according to Rabbi Lawrence Kushner, Rabbi-in-Residence of Hebrew Union College--Jewish Institute of Religion, "is religion experienced intimately. It's the core, the distilled essence of organized religion." That is precisely why it also can serve as a convivial meeting ground where Jews and Christians can share meanings. With a confidence and fluidity that comes from years of study, the author playfully examines "the rich and varied expressions of the Jewish spiritual imagination."

Kushner begins this introduction to Judaism for Christians with a brief celebration of the spiritual practice of attention, which Moses demonstrated by taking note of the burning bush. Today it is practiced in another way: "Each time Jews recite a blessing, they are effectively saying, 'Pay attention. Something awesome is happening all around us.' "

What's all around us is God's handiwork, and honoring this presence is another significant aspect of Jewish spirituality. But Jews also make a place for mystery in their faith and in their understanding of the paradoxes and contradictions of human affairs. Or to put it another way, "Becoming an ethically mature adult includes understanding that bad people often go unpunished and good people are often not rewarded."

Kushner is very clear about the fact that Judaism has no dogma, no catalogue of beliefs, but rather places the accent on sacred deeds (mitzvot). Jews find "a blueprint for creation" in the Torah and every generation reinterprets this sacred text afresh. Kushner concludes: "In Jewish spirituality, perhaps the most important task in life is to find what is broken in our world and repair it. The commandments in the Torah instruct us not only how to live as Jews but, in so doing, how to mend creation."

Certainly Jews and Christians can find more ways to work together in repairing our tattered, smashed, and violated world. And Christians can begin by heeding Kushner's advice when he writes: "It can be easy for Christians to fall into the habit of thinking that Judaism is just another, albeit earlier, form of Christianity but without Jesus. This ultimately deprives Christians of what might be a unique and vital perspective on their own faith." The time to break down long-standing barriers and to mine new connections is at hand, and the divine milieu for these changes is spirituality. 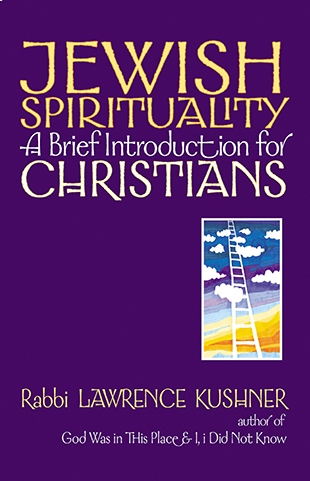