The Mountain of Silence A Search for Orthodox Spirituality

By Kyriacos C. Markides
Mines the meanings of this mystical tradition that emphasizes prayer, meditation, saints, icons, and union with God.

Kyriacos C. Markides, a professor of sociology at the University of Maine, is the author of Fire in the Heart: Healers, Sages, and Mystics (1992) and Riding with the Lion: In Search of Mystical Christianity (1995). In this extraordinary work, he presents the spiritual teachings of Father Maximos, a monk from Mount Athos who is abbot of Panagia Monastery in Cyprus. Clearly, Markides is quite taken by this charismatic representative of Greek Orthodox Christianity.

Father Maximos serves as a spiritual director for pilgrims at the monastery, emphasizing the practices of fasting, prayer, meditation, and all night vigils. At one point, he says, "Remember whatever good or bad things happen to us, they have only one single purpose, to awaken us to the reality of God and help us on the path toward union with Him. There is no other reason for being born on the planet." According to this priest, monasteries are still the best milieus for naughting the ego through a rigorous program of spiritual discipline. In the Greek Orthodox tradition, "the natural state of a human being is the continuous contemplation and memory of God."

Father Maximos states that God reveals himself to humanity through the heart. Therefore, the believer must be wary of "the illnesses of the heart," which include ignorance, forgetfulness, blindness, and contamination. Humility is a key virtue in the spiritual evolution of people. It assists in the process of discernment and plays a large role in "the Christification" of believers. "The perfected human being is that person in whose heart there is room for everybody. Saint Isaac teaches that perfect love is shown by the person who prays even for demons and sheds tears for the thought that there are beings that are separated from God."

Markides manages to draw out Father Maximos on a variety of other subjects including justice, evil, silence, the meaning of the church, saints, the Jesus prayer, icons, and the process of theosis, or union with God. The author's enthusiasm for his search for meaning in Eastern Orthodoxy gives this book its special momentum and vibrancy. 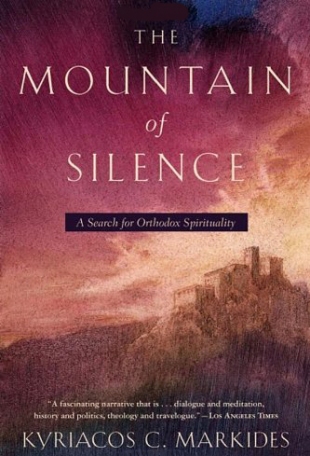