Creation Spirituality Liberating Gifts for the Peoples of the Earth

By Matthew Fox
A watershed theological work that offers a common ground for religious seekers and activists of all stripes.

Matthew Fox is the founder of the Institute in Culture and Creation Spirituality in Oakland, California. In this book, he sums up a number of his previous works by offering a robust, eclectic, and imaginative synthesis broad enough to encompass the values and visions of ecologists, feminists, scientists, artists, social activists, and New Age seekers.

Creation spirituality is an ancient Western mystical tradition which, Fox believes, has relevance to the spiritual impoverishment of modern men and women, the degradation of the environment, and the growing gap between the world's haves and have-nots. A true appreciation of the earth's grandeur can lead to meaningful rituals which affirm the goodness of the cosmos. The practice of creation spirituality in turn can revitalize worship services through a new blend of creativity and compassion. Best of all, creation spirituality can provide an umbrella for the most humanizing and holy aspects of ecumenism, liberation theology, gender justice, and environmentalism.

The spiritual renaissance envisioned by Matthew Fox will appeal to those who thirst for an earthly cosmic faith. Creation Spirituality imaginatively calls for a renewal of our hearts, minds, and souls. 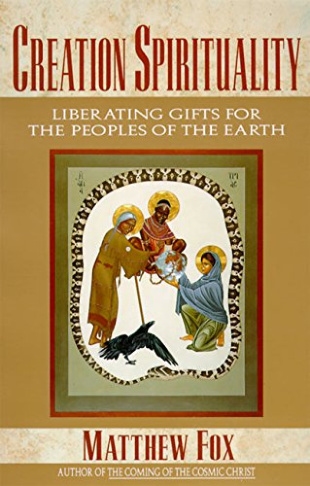