Broken Open How Difficult Times Can Help Us Grow

By Elizabeth Lesser
Reveals the ways in which suffering, loss, and adversity can yield spiritual teachings for us all.

Elizabeth Lesser is the cofounder and senior advisor of Omega Institute, recognized internationally for its workshops in holistic health, psychology, cross-cultural arts, and spirituality. The author of The Seeker's Guide (originally published as The New American Spirituality) begins with a quotation from Anais Nin: "And the time when the risk to remain tight in the bud was more painful than the risk it took to blossom." This nicely conveys the theme of her book: the spiritual awakenings and transformations that can come from suffering and loss.

But to be open to these changes, we must be vigilant. Lesser sets up the challenge in her introduction:

"I am fascinated by what it takes to stay awake in difficult times. I marvel at what we do in times of transition — how we resist, and how we surrender; how we stay stuck, and how we grow. Since my first major broken-open experience — my divorce — I have been an observer and a confidante of others as they engage with the forces of their own suffering. I have made note of how fiasco and failure visit each one of us, as if they were written into the job description of being human. I have seen people crumble in times of trouble, lose their spirit, and never fully recover, I have seen others protect themselves fiercely from any kind of change, until they living a half lie, safe yet stunted.

"But I have also seen another way to deal with a fearful change or a painful loss. I call this other way the Phoenix Process — named for the mythical phoenix bird who remains awake through the fires of change, rises from the ashes of death, and is reborn into this most vibrant and enlightened self. . .

"I 've tried both ways: I have gone back to sleep in order to resist the forces of change. And I have stayed awake and been broken open."

Lesser shares what she learned from her divorce, from a passionate affair, and from her work as a midwife. Other accounts include the stories of a man who lost his twin brother, parents who were traumatized by the death of children, a Holocaust survivor, and several individuals who have dealt with catastrophic illness. Especially effective are commentaries by spiritual teachers such as Ram Dass, Chogyam Trungpa Rinpoche, Marion Woodman and others. Lesser recommends meditation, psychotherapy, prayer, and storytelling in group settings as resources for those who are undergoing a Phoenix Process of death and rebirth. Her process and her stories offer hope to all those who have been rattled by change and setbacks. 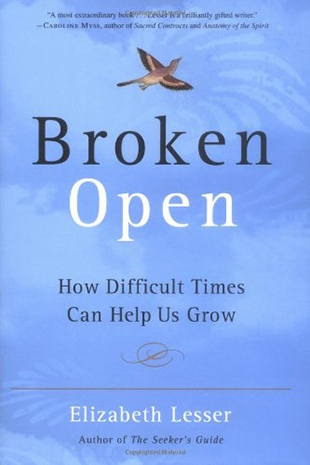