By Nathaniel Altman
Offers good advice and wise counsel on this stage of life.

Nathaniel Altman was raised in the foothills of the Catskills, and it was there that he developed a love of nature at an early age. He has written 15 books on vegetarianism, holistic healing, Indian philosophy, and hand analysis. In this engrossing paperback, he reveals both the mystical and anthropological aspect of trees. He includes many colorful anecdotes from animistic tribes, Jews, Christians, the Druids of early Britain, and native Hawaiians.

In ten chapters, he looks at the cosmic trees of India; Osiris and the tree spirits of ancient Egypt; the tree people shaped by Zeus in Greek mythology; the genesis of the Christmas wreath and the Maypole; the place of the fig tree in fertility cults; the ritual of tree planting as a celebration of marriage; the lore of the biblical cedars of Lebanon; and the honor given the white birch by many Native Americans. Altman makes a convincing case for our kinship with trees. People have regarded them as spiritual teachers, the abode of gods, providers of food and wealth, a source of healing, symbols of the cosmos, and bearers of our life and death in cradles and caskets. He quotes Henry Turner Bailey, a noted artist and lover of trees who wrote in 1925:

"Ideals seem to be held tenaciously by trees. . . . Thwarted by unfortunate conditions, maimed by enemies, crowded by its neighbors, lashed by storms, struck by lightning, the spirit of the tree is never broken. As long as the tree lives it is loyal to the highest ideals of its ancestors, maintained through countless generations." 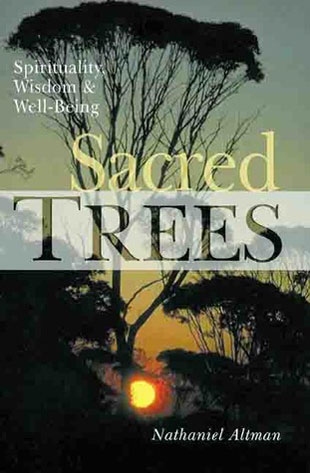