By Bernie Glassman
Bernie Glassman on bearing witness as a spiritual practice that encourages us to see the big picture and to empathize with all through compassion.

"In my view, we can't heal ourselves or other people unless we bear witness. In the Zen Peacemaker Order we stress bearing witness to the wholeness of life, to every aspect of the situation that arises. So bearing witness to someone's kidnapping, assaulting, and killing a child means being every element of the situation: being the young girl, with her fear, terror, hunger, and pain; being the girl's mother, with her endless nights of grief and guilt; being the mother of the man who killed, torn between love for her son and the horror of his actions; being the families of both the killed and the killer, each with its respective pain, rage, horror, and shame; being the dark, silent cell where the girl was imprisoned; being the police officers who finally, under enormous pressure, caught the man; and being the jail cell holding the convicted man. It means being each and every element of this situation." 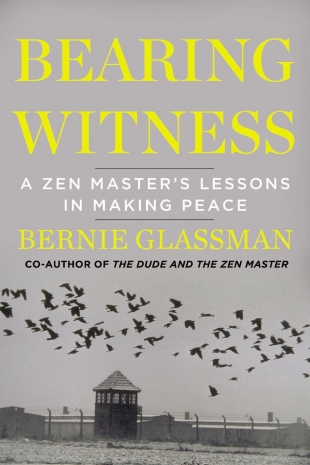