By John Dear, Mohandas K. Gandhi
Gandhi on the difficult art of nonviolence and the love that lies behind it.

• "How are we to train individuals or communities in this difficult art of nonviolence? There is no royal road, except through living the creed in your life which must be a living sermon. Of course, the expression in one's own life presupposes great study, tremendous perseverance, and thorough cleansing of one's self of all the impurities. If for mastering of the physical sciences you have to devote a whole lifetime, how many lifetimes may be needed for mastering the greatest spiritual force that humanity has known? But why worry even if it means several lifetimes? For, if this is the only permanent thing in life, if this is the only thing that counts, then whatever effort you bestow on mastering it is well spent. Seek ye first the Kingdom of Heaven and everything else shall be added upon you. The Kingdom of Heaven is nonviolence."

• "In its positive form, nonviolence means the largest love, the greatest charity. If I am a follower of nonviolence, I must love my enemy. I must apply the same rules to the wrong-doer who is my enemy or a stranger to me, as I would to my wrong-doing father or son. This active nonviolence necessarily includes truth and fearlessness. This practice of nonviolence calls forth the greatest courage.

"We should try to understand the psychology of evildoers. They are very often the victim of their circumstances. By patience and sympathy, we shall be able to win over at least some of them to the side of justice. Moreover, we should not forget that even evil is sustained through the cooperation, either willing or forced, of good people. Truth alone is self-sustained. In the last resort we can curb the power of evildoers to do mischief by withdrawing all cooperation from them and completely isolating them.

"This in essence is the principle of nonviolent noncooperation. It follows, therefore, that it must have its roots in love. Its object should not be to punish the opponents or to inflict injury upon them. Even while noncooperating with them, we must make them feel that in us they have a friend, and we should try to reach their heart by rendering them humanitarian service whenever possible. In fact, it is the acid test of nonviolence that in a nonviolent conflict there is no rancor left behind, and in the end the enemies are converted into friends. That was my experience in South Africa with General Smuts. He started with being my bitterest opponent and critic. Today he is my warmest friend. For eight years we were ranged on opposite sides. But during the Second Round Table Conference it was he who stood by me and, in public as well as in private, gave me his full support. This is only one instance out of many that I can quote." 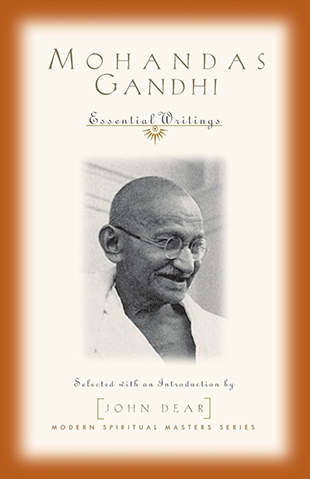