The End of Poverty Economic Possibilities for Our Time

"The time to end poverty has arrived, although hard work lies ahead. I have diagnosed the reasons for continued extreme poverty in the midst of great wealth. I have noted the specific steps that could address and overcome this poverty. I have shown that the costs of action are small, and indeed a tiny fraction of the costs of inaction. I have identified a timetable to 2025, including the Millennium Development Goals as the midway station in 2015. I have shown how key international institutions can contribute to the process ahead. And yet we must carry out these tasks in a context of global inertia, proclivities to war and prejudice, and understandable skepticism around the world that this time can be different from the past.

"Yes, this time can be different, and here are nine steps to the goal.

"Commit to Ending Poverty. The first step is commitment to the task. Oxfam and many other leaders in civil society have embraced a goal, Making Poverty History. The world as a whole needs now to embrace that goal. We have committed to halving poverty by 2015. Let us commit to ending extreme poverty by 2025.

"Raise the Voice of the Poor. Mahatma Gandhi and Martin Luther King, Jr., did not wait for the rich and powerful to come to their rescue. They asserted their call to justice and made their stand in the face of official arrogance and neglect. The poor cannot wait for the rich to issue the call to justice. The G8 will never champion the end of poverty if the poor themselves are silent. It is time for the world's democracies in the poor world — Brazil, India, Nigeria, Senegal, South Africa, and dozens of others — to unite to issue the call to action. The poor are starting to find their voice, in the G3 (Brazil, India, South Africa), the G20 (a trade grouping that negotiates within the WTO), and elsewhere. The world needs to hear more.

"Redeem the Role of the United States in the World. The richest and most powerful country in the world, long the leader and inspiration in democratic ideals, has become the most feared and divisive country in recent years. The self-professed quest by the United States for unchallenged supremacy and freedom of action has been a disaster, and it poses one of the greatest risks to global stability. The lack of U.S. participation in multilateral initiatives has undermined global security and progress toward social justice and environmental protection. Its own interests have been undermined by this unilateral turn. Forged in the crucible of the Enlightenment, the United States can become a champion of Enlightened Globalization. Political action within the United States and from abroad will be needed to restore its role on the road toward global peace and justice.

"Rescue the IMF and the World Bank. Our leading international financial institutions are needed to playa decisive role in ending global poverty. They have the experience and technical sophistication to play an important role. They have the internal motivation of a highly professional staff. Yet they have been badly used, indeed misused, as creditor-run agencies rather than international institutions representing all of their 182 member governments. It is time to restore the international role of these agencies so that they are no longer the handmaidens of creditor governments, but the champions of economic justice and enlightened globalization.

"Strengthen the United Nations. It is no use blaming the UN for the missteps of recent years. We have gotten the UN that has been willed by the powerful countries of the world, especially the United States. Why are UN agencies less operational than they should be! Not because of UN bureaucracy, though that exists, but because the powerful countries are reluctant to cede more authority to international institutions, fearing reduction of their own freedom of maneuver. The UN specialized agencies have a core role to play in the end of poverty. It is time to empower the likes of the UN Children's Fund, the World Health Organization, the Food and Agricultural Organization, and many others to do the job-on the ground, country by country-that they are uniquely qualified to lead, helping the poorest of the poor to use modern science and technology to overcome the trap of poverty.

"Harness Global Science. Science has been the key to development from the very start of the industrial revolution, the fulcrum by which reason is translated into technologies of social advance. As Condorcet predicted, science has empowered technological advances in food production, health, environmental management, and countless other basic sectors of production and human need. Yet science tends to follow market forces as well as to lead them. It is not surprising, I have noted repeatedly, that the rich get richer in a continuing cycle of endogenous growth, whereas the poorest of the poor are often left outside of this virtuous circle. When their needs are specific — by virtue of particular diseases, or crops, or ecological conditions — their problems are bypassed by global science. Therefore, a special effort of world science, led by global scientific research centers of governments, academia, and industry, must commit specifically to addressing the unmet challenges of the poor. Public funding, private philanthropies, and not-for-profit foundations will have to back these commitments, precisely because market forces alone will not suffice.

"Promote Sustainable Development. While targeted investments in health, education, and infrastructure can unlock the trap of extreme poverty, the continuing environmental degradation at local, regional, and planetary scales threatens the long-term slistainability of all our social gains. Ending extreme poverty can relieve many of the pressures on the environment. When impoverished households are more productive on their farms, they face less pressure to cut down neighboring forests in search of new farmland. When their children survive with high probability, they have less incentive to maintain very high fertility rates with the attendant downside of rapid population growth. Still, even as extreme poverty ends, the environmental degradation related to industrial pollution and !he long-term climate change associated with massive use of fossil fuels will have to be addressed. There are ways to confront these environmental challenges without destroying prosperity (for example, by building smarter power plants that capture and dispose of their carbon emissions and by increasing use of renewable energy sources). As we invest in ending extreme poverty, we must face the ongoing challenge of investing in the global sustain ability of the world's ecosystems.

"Make a Personal Commitment. In the end, however, it comes back to us, as individuals. Individuals, working in unison, form and shape societies. Social commitments are commitments of individuals. Great social forces, Robert Kennedy powerfully reminded us, are the mere accumulation of individual actions. His words are more powerful today than ever:

" 'Let no one be discouraged by the belief there is nothing one man or one woman can do against the enormous array of the world's ills — against misery and ignorance, injustice and violence . . . Few will have the greatness to bend history itself; but each of us can work to change a small portion of events, and in the total of all those acts will be written the history of this generation . . .

" 'It is from the numberless diverse acts of courage and belief that human history is shaped. Each time a man stands up for an ideal, or acts to improve the lot of others, or strikes out against injustice, he sends a tiny ripple of hope, and crossing each other from a million different centers of energy and daring, those ripples build a current which can sweep down the mightiest walls of oppression and resistance.'

"Let the future say of our generation that we sent forth mighty currents of hope, and that we worked together to heal the world." 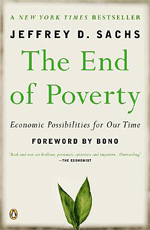