By Anne Rowthorn
A poem by Sam Taylor on reverence.

The Book of Endings

Some time while you read this page
or the next one, a species —
a species as vast as your life
and the lives of all your ancestors
chasing bison across Old Europe
or huddled around a fire — will disappear.
A species that has found its own
ways of eating, of moving, of hiding
from predators; a species
that meets itself and makes love
in the bark of a tree or on the leaves
of the canopy or in the humid dirt.
And it has come with us for millions
of years, for millions of years,
it has watched the night
and day follow each other, it has breathed
with the frogs, it has wrapped
the stars around it like a blanket,
a patterned music, a map.
At the beginning of this page
there may have been three or four left,
but now there is only one.
And if you read this page again,
it will be another one, another species,
another story of four billion years
telling itself for the last time.
Wherever life began — a word, a wish
breathed into water, a seed falling
through space — it was all of us
there — as it is now
in this unknown last one.
It has bored into wood, it has carried
water on its back, it has drunk
the dew from its back in the desert,
it has fed its young with strips of
leaves, it has built homes out of bark,
it has caged the sky into a song,
it has spoken in ways no man has heard.
it has emerald wings
it has sapphire wings
it has wings of night
you will never see it
it is already gone. 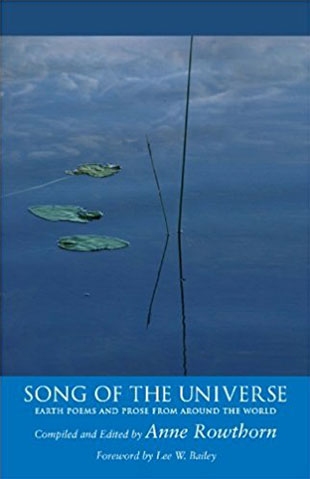