By His Holiness The Dalai Lama
Conversations with the Dalai Lama about inner disarmament and much more.

This excellent paperback consists of a series of conversations between His Holiness the Dalai Lama, the spiritual leader of Tibetan Buddhists, and Jean-Claude Carrière, a French screenplay writer of over 50 films including The Return of Martin Guerre, The Unbearable Lightness of Being, and The Mahabharata.

So many of the world's problems can be understood and addressed by Buddhist understandings of the mind, interdependence, and compassion. The Dalai Lama speaks of meditation as providing access to peace — something that individuals are constantly seeking as they try to cope with the pressures of modern-day life.

The spiritual practice of connections, or realizing the interdependence of all living beings, has particular relevance to the trashing of the environment by Western nations and to the growing danger of global overpopulation. On the latter issue, the Dalai Lama notes: "So if we want to defend life, and more particularly the 5 billion precious lives now pressing on the planet, if we want to give them a little more prosperity, justice, and happiness, we have to forbid ourselves to go on multiplying. Isn't that logical?"

The Dalai Lama believes that "inner disarmament" is the best response to terrorism, ethnic cleansing, and the ever-present danger of nuclear war. He is a prime example of the practice of compassion — especially toward the Chinese who have destroyed his homeland and sent him into exile. "Our enemy offers us a precious opportunity — to better ourselves," notes this spiritual sage. Other topics covered include a science of the mind, the Big Bang and reincarnation, education, and karma. 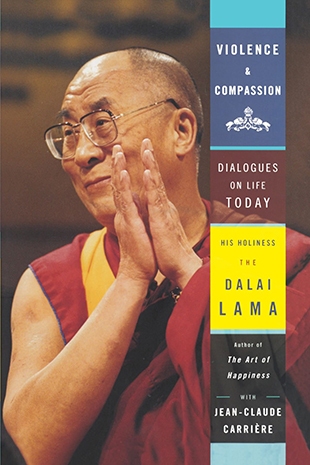