House of Shattering Light Life as an American Indian Mystic

By Joseph Rael
A spiritual memoir revealing the importance of vision and saluting mystery as a way of life.

Joseph Rael, an Ute healer and mystic, grew up on the Southern Ute lands in Colorado and the Picuris Pueblo in New Mexico. He was a listener even before his mother gave birth to him. The author of Being & Vibration remembers experiencing while in her womb pleasurable sensations and positive energy coming from the plants in the garden she lavished so much of her love upon. By the time he was five, Rael was having visionary moments and often during his childhood, he could not distinguish when he was in a spiritual state or in ordinary reality. As a teenager, he went to Santa Fe Indian school, then on to college and work for the Office of Indian Affairs. Rael eventually brought a heath center to Picuris. He has spoke before the United Nations and has dedicated over 80 oval-shaped peace chambers all over the world.

This spiritual memoir reveals how important vision is to this healer and mystic. Rael has led sun/moon dances in many countries and believes that "a ceremony is like a child that belongs to the tribe. Now they have to share that ceremony because the time has come for the child to go out into the world." This, of course, goes against the opinions of other Native Americans who are convinced that they must not dilute tribal rituals by allowing outsiders to participate in them.

It is Rael's understanding of vision that makes his Native American spirituality so hospitable and relevant. For example, he writes:

"All of a sudden something happens and I'm going off in an unexpected direction, but I know there's a reason for it. I know there's blessing there. The blessing will unfold as the week goes by, or within the next month, because that's the way it always is with the unexpected."

Rael is perfectly comfortable living with mystery — it permeates his experiences with mind reading, communication with the dead, an encounter with the Virgin Mary, and healing those who are sick. His comments on the limitations of technology and the rising significance of the supernatural in the present era are fascinating. The book is a fine primer on Native American mysticism. 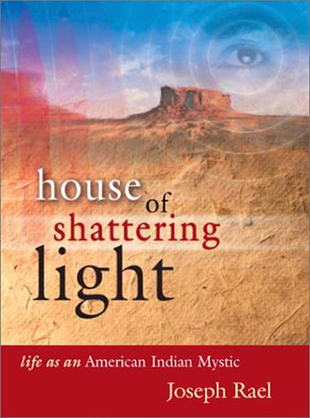