Simplicity The Freedom of Letting Go

By Richard Rohr
A collection of sermons and lectures proclaiming the necessity of interpreting the Gospel in terms of working for justice.

Richard Rohr is a Franciscan who serves as director of the Center for Action and Contemplation in Albuquerque, New Mexico. This book is a new and revised edition of a collection of sermons and lectures given in Germany during 1990. Rohr is convinced that the overarching imperative of our time is to link spirituality and social justice.

He writes: "The Gospel has given us a clear directive to stand on the side of those who are victims." This "bias toward the bottom" has informed the spirituality of St. Francis of Assisi, Mother Teresa, and Catholic base communities in Latin America. Dorothy Day, who lived in poverty, also got the point: She said, "I'd like to live my life so close to the bottom that when the system collapses I don't have far to fall." The Gospel, according to Rohr, revolves around the art of letting go. This means shucking the need to be successful, right, or powerful. Mary is a model here as one who gets out of the way so God can take over. This emptying of self sets us on a path of service. 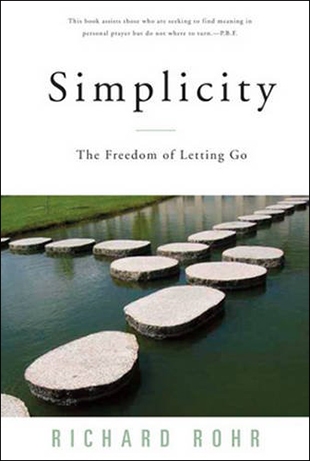