At Our Core We Are All Holy

"I learned that Mussar is a path of spiritual practice that had developed within the Orthodox Jewish tradition over the last thousand years. It tells us that at our core we are all holy, and it shows us ways to change those qualities within us that obstruct the light of our holiness from shining through. It assures us that we are not condemned to live forever with every aspect of the personality we happen to have right now, but that we can make the changes that will set free the radiance of our inner light. And it provides a tool-bag of personal, introspective, and transformative practices that will lead us, step by step, along the path of purification and change."
— Climbing Jacob's Ladder: One Man's Journey to Rediscover a Jewish Spiritual Tradition

"Rabbi Israel Salanter built the Mussar movement to provide people with practices that would foster inner growth. . . . He encouraged his students to recite phrases that in some way related to the particular character trait they were working on at the time. . . . A person trying to rein in his tendency to gossip, for example, might choose the traditional phrase, 'Do not go as a tale-bearer among your people.' For shyness, there is 'You shall not fear the face of any man.' The phrase doesn't have to be biblical; it can come from any wisdom source, as long as it conveys the essence of the trait the individual is trying to enhance or diminish.

"The basic practice is to repeat this phrase over and over, for as long as it takes to shake it loose of the intellect so that it can carry its message directly to the heart. But simply saying the phrase is not enough. Rabbi Salanter insisted that the repetition be done aloud, with great emotion. It is essential that it be chanted 'with lips aflame,' to use his own words, the name he gave this practice was hitpa' alut, meaning 'with intense emotional excitement.' "
— Climbing Jacob's Ladder: One Man's Journey to Rediscover a Jewish Spiritual Tradition

"Mussar teaches that because each of us will naturally find different soul-traits presenting themselves as challenges in our lives, we each have our own qualities to cultivate; and, as we ascend toward the place where our soul will blossom, the holiness that emerges in each of us has its own time, shape, and colors. As we move toward this state of completion, we don't all start to look uniform, with the same identical traits, but rather grow into a richer, more balanced, more beautiful version of who we already are."
— Climbing Jacob's Ladder: One Man's Journey to Rediscover a Jewish Spiritual Tradition

Practice in the School of Real Life

"Mussar encourages people to practice and improve their soul-traits in the school of real life. It was with just that in mind that some Mussar teachers — especially in the Novarodock tradition — gave their students exercises to be conducted out in the world that would help to develop or improve their soul-traits. These tests were real and the learning was immediate. If, for example, the student's task was to 'uproot love of honor,' he would be told to go into a hardware store and ask for bread, and then to a drug store to ask for nails. The student making these absurd requests would soon find himself on the receiving end of people's scorn, which was, of course, one of the goals of the exercise. Not only would he quickly come to see how deluded is the quest for self-honor, but he would also be freed from the clutches of pride. And, finally, the exercise would provide good practice for retaining inner equanimity and God-focus in the midst of surrounding distraction."
— Climbing Jacob's Ladder: One Man's Journey to Rediscover a Jewish Spiritual Tradition

"Not a day goes by when we don't face some sort of frustrating delay or obstacle, and too often our response is to strain against how things are. That tends to happen to me when I'm rushing somewhere in my car, but those feelings may suddenly sneak up on you while the water fills the tub ever so slowly, or as your child struggles with clumsy fingers to master the complexity of a shoelace, or on those days when nothing — not your Internet server, not your spouse, not the postman, nobody!! — does things when or how you want.

"Impatience seldom makes things happen faster or better and usually only causes us grief. It's like an inner blaze that burns up without giving off any warmth. That would be bad enough, but it is also a short step from impatience to rage, and we all know what harm can come to ourselves and others because of uncontrollable anger."
— Everyday Holiness: The Jewish Spiritual Path of Mussar

"The Hebrew term for gratitude is hakarat ha'tov, which means, literally, 'recognizing the good.' The good is already there. Practicing gratitude means being fully aware of the good that is already yours.

"If you've lost your job but you still have your family and health, you have something to be grateful for.

"If you can't move around except in a wheelchair but your mind is as sharp as ever, you have something to be grateful for.

"If your house burns down but you still have your memories, you have something to be grateful for.

"If you've broken a string on your violin, and you still have three more, you have something to be grateful for."
— Everyday Holiness: The Jewish Spiritual Path of Mussar

"We learn from Rabbi Eliyahu Dessler that initially, a person should always look for positive traits to focus on. He means that the best way to reduce a negative trait is to try to build up another counterbalancing trait. If you see yourself as too angry, look for a trait that embodies the opposite of anger. You would then put calmness or humility on your list, not anger. If you are judgmental and jealous, the corresponding positive trait might be 'honor.' If you come to see yourself as overly concerned with material possessions, put 'simplicity' on your list. Maybe the clearest example is stinginess: don't try to be less of a miser — practice generosity. And so on. Wherever you identify behavior that is damaging and does not reflect Torah values, seek to name a positive counterpart and add that one to your list, not the negative one."
— Everyday Holiness: The Jewish Spiritual Path of Mussar

The Process of Becoming Whole

"On the Jewish spiritual path, taking and keeping your place as a pilgrim on the way of ascent is much more important than reaching the peak. This is why students of Mussar have traditionally been called b'nei aliyah, those who ascend. Holiness in this world arises in the process of becoming whole (hishtalmut), not in the state of wholeness itself (sh'lemut)."
— Everyday Holiness: The Jewish Spiritual Path of Mussar 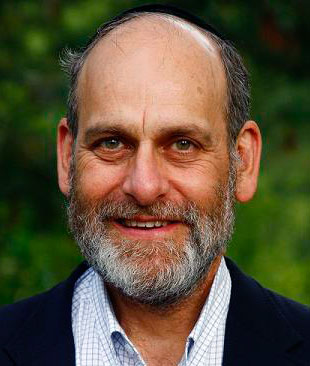