Putting Life at the Center

"Spirituality is that attitude which puts life at the center, and defends and promotes life against all the mechanisms of death, desiccation, or stagnation. The opposite of spirit, in this sense, is not the body but death and everything associated with the system of death, understood in the widest sense of biological, social, and existential death (failure, humiliation, and oppression). Nourishing spirituality means cultivating the inward space, the basis of which all things can be brought together. It means overwhelming deadness and stagnation and living reality in terms of values, inspiration, and symbols of higher meaning. The spiritual person is one who is always in a position to see the other side of reality, and who is always capable of perceiving that profundity by which we are referred to the Ultimate Reality that religions call God.

"Spirituality does not start from power, or from the accumulative instinct, or from instrumental reason. It relies on the movements of sacramental and symbolic reason, on the gratuitousness of the world, on relationships, on deep stirrings within, on the sense of communion that all things possess, and on a vision of the vast cosmic organism, shot through and permeated with signs and allusions to a higher and fuller reality."
— Ecology & Liberation: A New Paradigm

Sons and Daughters of the Rainbow

"Theologically speaking, a truly ecumenical challenge is opening up: to inaugurate a new covenant with the Earth in such a way that it will signify the covenant that God established with Noah after the destruction wrought by the flood. There we read: 'I set my bow in the clouds to serve as a sign of the covenant between me and the earth . . . everlasting covenant that I have established between God and all living beings — all mortal creatures that are on earth' (Genesis 9: 13-16). Human beings must feel that they are sons and daughters of the rainbow, those who translate this divine covenant with Gaia, the living superorganism, and with all the beings existing and living on it, with new relationships of kindness, compassion, cosmic solidarity, and deep reverence for the mystery that each one bears and reveals. Only then will there be integral liberation, of the human being and of Earth, and rather than the cry of the poor and the cry of the Earth there will be common celebration of the redeemed and the freed, human beings in our own house, on our good, great, and bountiful Mother Earth.
— Cry of the Earth, Cry of the Poor

Where Love Leads Us

"In terms of eco-spirituality, love leads us to identify ever more with the Earth, for love is the great unifying and integrating power of universe. For centuries we have thought aboutthe Earth. We were the subject of thought, and the Earth was its object and content. After all that we have learned of the new cosmology, we must think of ourselves as Earth. Earth is the great living subject feeling, loving, thinking, and through us knowing that it thinks, loves and feels. Love leads us to identify with Earth in such a way that we no longer need to become aware of these things, for they have become second nature, Then we can be mountain, sea, air, road, tree, animal, We can be one with Christ, with the Spirit, and ultimately with God."
— Cry of the Earth, Cry of the Poor

Challenges to the Conscience of the World

"Today social justice represents one of the most serious challenges to the conscience of the world. The abyss between those who are within the world 'order' and those who are excluded is widening day by day. The use of leading-edge technologies has made it possible to accumulate wealth in a way that is fantastic but perverse because it is unjustly distributed. Twenty-percent of humankind control eighty percent of all means of life. That fact creates a dangerous imbalance in the movement of history.

"If peace is equilibrium of movement, we are living in times of grave disequilibrium of real war declared against Earth, against eco-systems which are plundered, against people who are shunted aside because word capital is no longer interested in exploiting them, against whole classes of workers who are made expendable and excluded: war against two-thirds of humankind who do not have the basic goods they need to live in peace. The world political movement does not show any equilibrium. Quite the contrary, imbalance in all areas is showing itself to be a threat to the common future of humankind and the earth.

"When a society is organized around that which is fitting in each realm, then peace, the fruit of justice, can flourish."
— The Prayer of Saint Francis: A Message of Peace for the World Today

"The great medieval mystic, Meister Eckhart, well said: 'They who do not give to another what belongs to the other are not eating their own bread, but are eating both their bread and the other's.'

"The thousands of hungry persons in our cities and the millions of starving persons in our world question the quality of our bread; it is bitter because it contains too many children's tears; it is hard because its substance embraces the torture of so many empty stomachs. It does not deserve to be called our bread. If the bread is to be ours, then we must transform the world and deliver society from the mechanisms that permit the wealth to be maintained at the expense of bread taken from the mouths of others.

"Bread calls us to a collective conversion. This condition must be fulfilled if our prayer is not to be vain and pharisaical. The gospel forbids me to ask only for myself, disregarding the needs of others known by me. Only our bread is God's bread."
— Praying With Jesus and Mary 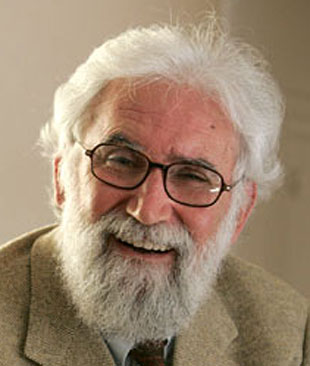