"If Muslims are to be worthy of the name 'Muhammad's people,' if the adjective 'Muhammadi' is to be meaningful, then it is incumbent on Muslims to embody the qualities of mercy and justice that Muhammad so perfectly embodied. If 'Muslim' is not to be simply a historical designation or civilization marker but a spiritual indicator of aspiring to the ethics of Muhammad, then it is vital to live by the 'lovely example' that Muhammad set (Qur'an 33:21)."
— Memories of Muhammad

One God, One Guidance

“For the most part, the Qur'an does not conceive of Judaism, Christianity, and Islam per se, but simply lays out the notion of One God and one guidance being sent through a multiplicity of messengers to address the multiplicity of humanity.”
— Memories of Muhammad

“One of his statements that would be cited by many later Muslims was the following hadith (saying of the Prophet Muhammad):

Three things from this world of yours
have been made lovely to me:
perfume,
women,
but that which brings delight to my eyes
is prayer.

"Here perfume may be taken as an appreciation of all that is natural and beautiful — indeed, the entirety of the natural cosmos. Women are the connection, the linchpin, between the natural realm of beauty and the spiritual domain. Later Muslim mystics, such as the thirteenth-century Ibn 'Arabi, interpreted this saying of Muhammad's to mean that the spiritual and the sacred ('prayer') enter this world ('perfume') through women."
— Memories of Muhammad 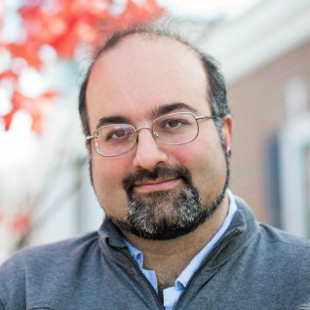