Carl McColman is a layperson under formal spiritual guidance of Cistercian monks, affiliated with the Trappist Monastery of the Holy Spirit in Conyers, Georgia. He received formation in the practice of Christian spirituality and contemplative leadership through the Shalem Institute for Spiritual Formation and learned the art of spiritual direction through the Institute of Pastoral Studies.

For a number of years as an adult he studied Celtic, Goddess, and Nature-centered spirituality, and some of his older books are written from that perspective. His early studies spurred in him great respect for interfaith dialogue but also left him thirsty for the profound wisdom of the Christian mystics contemplatives, whom he had followed ever since reading Evelyn Underhill’s Mysticism while in college. His newer books all reflect his love for contemplative, monastic, and mystical Christianity.

In addition to having authored more than a dozen books, McColman contributes to Patheos, Huffington Post, and Abbey of the Arts and travels widely to speak and lead retreats. His work is characterized by an optimistic, expansive understanding of spirituality, rooted in Christianity while embracing the wisdom of the world's contemplative traditions. In his own words, "I am passionate about helping people to embody creative, joyful lives of love and service, formed by prayer, silence, and the wisdom of the saints and mystics." He feels most at home among those Christians, Pagans, and seekers of other paths who recognize that honoring different religions can be a way of enriching your own. 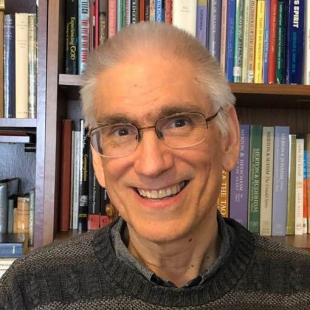