The Reverend Dr. John Philip Newell is a poet, peacemaker, scholar, and ordained Church of Scotland Minister. Since receiving his PhD in Ecclesiastical History from the University of Edinburgh in 1981, Newell served as Warden of Iona Abbey in the Western Isles of Scotland and Companion Theologian for the American Spirituality Center of Casa Del Sol at Ghost Ranch in Abiquiu, New Mexico. He is known globally for his work in the field of Celtic spirituality, his pursuit of peace, and his hopes for harmony among all the world's wisdom traditions. In 2011 he received the first-ever Contemplative Voices Award from the Shalem Institute in Washington DC in recognition of his work in spirituality and peacemaking.

Newell co-founded Heartbeat: A Journey Towards Earth's Wellbeing, a non-profit rooted in Celtic spirituality in communion with humanity's other wisdom traditions. Newell currently divides his time between Edinburgh, where he does most of his writing, and the United States where he leads workshops and preaches across the nation. 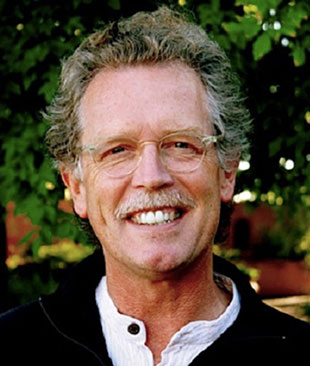