By Frediric and Mary Ann Brussat

Karen Armstrong is one of the most prolific and thinkers on the role of religion in the modern world. Early in her life, she planned to be a nun, spending years in the Society of the Holy Child Jesus. When she left the convent, she became known as the "runaway nun" with outspoken opinions about the church. In her tell-all book,Through the Narrow Gate, she bemoaned the restrictive life of the convent. Her more recent work, A Spiral Staircase describes her subsequent spiritual awakening in which she developed an interest in the three great monotheistic religions; a trip to Jerusalem in 1983 piqued her interest in what they share in common. She then began to refer to herself as a "freelance monotheist."

After a brief stint teaching at the University of London, Armstrong began working on television documentaries and her writing career. Now she says her communion with God occurs in the library, where she spends up to three years researching her books, which are densely packed with detail. She has written more than 20 books about the impact of Islam, Judaism and Christianity upon world affairs, including the magisterial A History of God. Her books have been translated into 40 languages.

Armstrong is a popular speaker at conferences and took part in Bill Moyers' television seriesGenesis. Since September 11, 2001, she has been a frequent contributor to panels, newspapers, periodicals, and throughout the media on both sides of the Atlantic on the subject of Islam and fundamentalism, becoming an advocate for multifaith understanding. 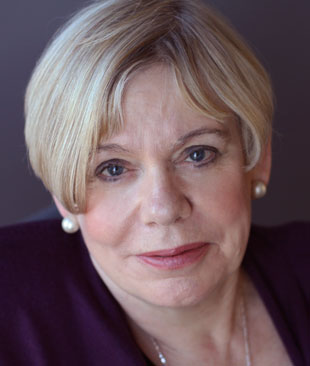