Diana L. Eck is Professor of Comparative Religion and Indian Studies at Harvard University where she serves on the Committee on the Study of Religion in the Faculty of Arts and Sciences. She is also a member of the Department of Sanskrit and Indian Studies as well as the Faculty of Divinity. She received her B.A. from Smith College (1967) in Religion, her M.A. from the School of Oriental and African Studies, University of London (1968) in South Asian History, and her Ph.D. from Harvard University (1976) in the Comparative Study of Religion. Eck and her partner Dorothy Austin are currently serving as Masters of Lowell House at Harvard.

Since 1991, Diana Eck has been heading a research team at Harvard University to explore the new religious diversity of the United States and its meaning for the American pluralist experiment. The Pluralism Project has been documenting the growing presence of the Muslim, Buddhist, Hindu, Sikh, Jain, and Zoroastrian communities in the U.S. This research project has involved students and professors in "hometown" research on America's new religious landscape.

In 1996, Diana L. Eck was appointed to a U.S. State Department Advisory Committee on Religious Freedom Abroad, a twenty-member commission charged with advising the Secretary of State on enhancing and protecting religious freedom in the overall context of human rights. In 1998, Eck received the National Humanities Medal from President Clinton and the National Endowment for the Humanities for her work on American religious pluralism. 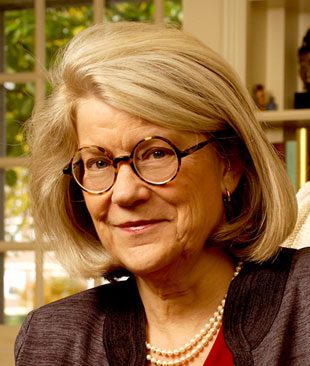