Philip Gulley is a Quaker pastor and beloved writer and speaker. He proposes a fresh direction for Christianity and articulates a Christianity that, while faithful to the priorities of Jesus, can help its adherents live happily, peacefully, and productively in our complex world.

Gulley was raised in Danville, Indiana, where he lives today with his wife, Joan, and their sons, Spencer and Sam, in a comfortable house with a welcoming porch. Many of his characters and recollections are taken from his boyhood in the small Midwestern town.

Gulley attended Marian College in Indianapolis where he studied theology and sociology. He then enrolled at Christian Theological Seminary where he received his Master of Divinity in 1992. While in seminary, he became the pastor of Irvington Friends Meeting in Indianapolis and began writing essays for the church's newsletter. Paul Harvey, Jr., received those newsletters and shared them with a publisher. A few months later, the publisher invited Gulley to publish his essays, which became his first book.

Gulley is currently the pastor at Fairfield Friends Meeting near Indianapolis. Additionally, he hosted the television program Porch Talk with Phil Gulley on the Indiana PBS affiliate WFYI and their flagship show Across Indiana, for which he received two Emmy Awards. He also writes the popular monthly "Home Again" column for Indianapolis Monthly and is a regular contributor to The Saturday Evening Post. In 2010, Christian Theological Seminary awarded Gulley an honorary Doctor of Humane Letters degree. 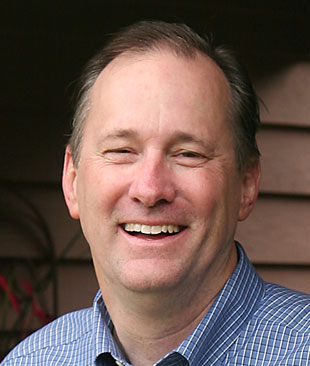