Directed by Jean-Paul Civeyrac
A hypnotic and intense masterwork on grief, the afterlife, and the yearning of the soul that can turn darkness into light.

In the West, we are just beginning to realize what indigenous cultures have proclaimed all along — that there is a thin veil between time and eternity. More and more people, young and old alike, have had encounters with deceased relatives and friends. For the most part, these loved ones bring messages of reassurance and hope. Love can continue in a different form beyond death. This spiritual theme is beautifully explored in Jean-Paul Civeyrac's Through the Forest, which slowly unfolds in ten luxuriously choreographed shots.

Armelle (Camille Berthomier) is still madly in love with Renaud, even through he died in a motorcycle accident three months ago. She vividly senses his physical presence and even engages in conversations with him. With him, the world is lit up and the glow of love makes everything magical. Without him, there is darkness and no reason for Armelle to get out of bed. Her two sisters are concerned about her mental and emotional health during this grieving process. Berenice (Alice Dubuisson) wants her to snap out of it and get on with her life. Roxanne (Morgane Hainaux) suggests that she see a medium who is able to communicate with the dead. Looking at Armelle's face, the medium (Mireille Roussel) says that she is a very spiritual person and that her lover wants to come back. The woman's advice is to pay close attention to what is going on around her. Armelle does just that and spots a handsome young man who looks like Renaud. Roxanne tells her that the look alike is a college student named Hippolyte (Aurelien Wilk). When Armelle later tracks him down, he wants nothing to do with her need to communicate with Arnaud through him.

Berenice tries to convince Armelle not to give up on life. When Armelle aks her to give some reasons to stay alive, she comes up with beauty, love and children. Then Armelle has her own close encounter with death: she falls into a coma for three days and emerges from the experience with strange mental powers which affect her sisters and Hippolyte, who finds himself drawn into an intense and prolonged sexual relationship with her.

Through the Forest is a mesmerizing film that dazzles the senses and contains a hypnotic and dreamy performance by Camille Berthomier in the lead role. She also performs several songs which are part of the bond between her and Renaud. Besides exploring the nuances and different stages of grief, the drama also takes within its embrace the afterlife, and the yearning that animates love and provides the soul with its firepower to transform darkness into light. 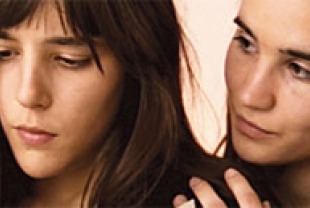 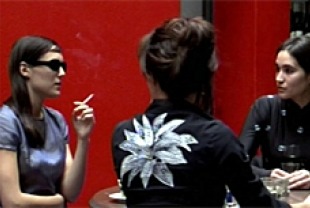