Directed by Cameron Crowe
An endearing tale of a depressed young man who in the midst of career failure and a death in the family discovers the zest for life.

Drew Baylor (Orlando Bloom) is a creative shoe designer in Oregon. But his latest project — which he has been working on for eight years — turns out to be a complete bust with the public, costing the company he works for nearly a billion dollars. His boss Phil (Alec Baldwin) calls him into his office, berates him, and then takes him on a tour of the corporate headquarters, pointing out whole divisions of his operation that will have to be terminated because of his unsuccessful design — a fiasco that "may cause an entire generation to return to bare feet." Fired and without prospects, Drew's girlfriend Ellen (Jessica Biel) makes his day by dumping him.

Ready to commit suicide, Drew takes a call from his distraught sister Heather (Judy Greer) who informs him that his father has just died in his hometown of Elizabethtown, Kentucky. She tells him that as the oldest sibling, he has to go there and handle the funeral and burial arrangements. Their mother Hollie (Susan Sarandon) has flipped into a frenzied state where she is doing things she has always wanted to do, such as taking a cooking class and tap dance lessons.

On the airplane to Kentucky, Drew meets a stewardess named Claire (Kirsten Dunst) who has an immediate connection with him. She is a playful and idiosyncratic woman with a keen sense of humor and a rather batty view of people's character being revealed in their first names. After a long talk, Claire provides directions to Elizabethtown and gives Drew her telephone number.

Drew is unprepared for the welcome he receives in his father's hometown, where a large cross-cut of relatives and friends have gathered. They include his uncle Dale (Loudon Wainwright III) his son Jessie (Paul Schneider) who is still in love with rock music, Aunt Dora (Paula Deen) who ushers him to a room filled with hundreds of family photographs, and cousin Bill (Bruce McGill) who has a reputation for being a wheeler dealer. In one of the many surprising family sequences, Jessie's son Samson turns out to be a terror — knocking a roasted chicken to the floor so the dogs fight over it, getting into a car and backing it out of the driveway and screaming so loud that everyone has to cover their ears. Drew puts an end to the antics by this unruly child and the restlessness of the other kids by bringing them to complete silence with a video of a house being blown to smithereens.

Back at the hotel, this outsider finds himself on a floor where party-goers to a wedding have set up their operations. Once in his room, Drew calls Claire and they spend the whole night talking together on their cell phones. Even though she has a boyfriend who is an academic, they see how much they have in common: she is a fixer and he is the responsible one. He has given up on life and feels like a failure whereas she is filled with high hopes that are rooted in the immeasurables of life — such as music, dancing under the stars, and going the distance no matter what happens.

Cameron Crowe (Say Anything, Almost Famous, Singles, Jerry McGuire) has written and directed a very personal and magical story about a young man who meets a soulful companion. She re-introduces him to the small pleasures of life that he has overlooked because of his inward journey into depression and self-disgust. Claire reawakens his zest for life and he connects with the goodwill and cheerful eccentricity of the relatives and friends of his deceased father. Although they want him to be buried in the ground, he and his mother and sister opt for cremation. At the memorial service, the proceedings unwind into wild display of emotions capped off by Hollie's jokes and tap-dancing and Jessie bringing his old band to play a raucous and purgative rendition of Free Bird. Although Drew is quite moved by the memorial service, he is unprepared for Claire's parting gift to him, a project that involves music and travel and connecting with his departed dad in a fresh way.

Throughout Elizabethtown, Crowe makes the most of wonderful rock and pop tunes, but in the last section of the story the music carries an unforgettable emotional impact. Since the aim of this feel-good movie is to celebrate life in all of its variety and stoutness, we can overlook Drew's passivity, Claire's over-the-top kookiness and the 138 minute running time.

The DVD includes extended scenes and a behind-the-scenes featurette. 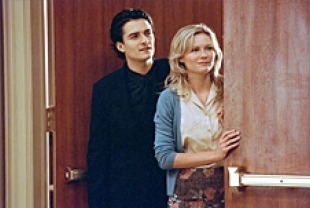 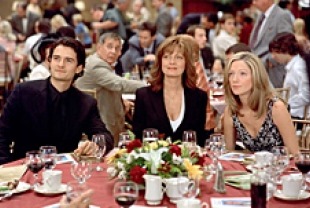 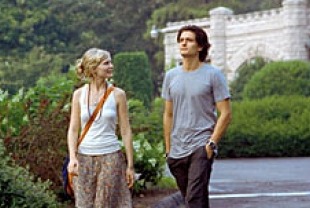