Directed by Stephen Frears
A comedy with music with a smashing performance by Judi Dench as an upper-class London widow who finds a new lease on life by starting a theatre.

In the opening scene of this comedy with music, Laura Henderson (Judi Dench) is attending the funeral of her husband in 1936. After speaking to a few people, she exits to her car and has her driver take her to a quiet lake where she rows a boat out into the silent waters. There she lets out several loud cries and weeps.

After some months pass, Laura speaks to her friend Lady Conway (Thelma Barlow), a wealthy widow like herself. She counsels Laura to take up a hobby, join a charity or spend money on herself. None of these appeals to this energetic woman. But her heart leaps when she sees that a place on Windmill Street is for sale.

Laura decides to purchase the property and start her own theatre. Despite a rocky first meeting with Vivian Van Damm (Bob Hoskins), she hires him to run the operation. They develop a love/hate relationship that is both irritating and gratifying to both of them. Van Damm comes up with a non-stop vaudeville show called "Revuedeville," and it turns out to be very popular with the public.

The show is so popular, in fact, that rivals copy the format and Van Damm realizes that they have to do something different. Laura shocks him by suggesting that they have the women on the stage without clothes like they do in Paris at the Moulin Rouge. Laura uses her upper-class connections to speak with London's official censor, Lord Cromer (Christopher Guest). He agrees to let women appear nude in tableaux provided that they don't move — instead they must pose as if they were beauties in a painting.

It is fascinating to watch how this part of the plot works itself out. In a wiz-bang speech, Laura eventually shares the genesis of her idea, and it is a corker. In another excellent scene, Van Damm tells the women posing nude that they should not be ashamed of their bodies, because they were given to them by God as a gift.

Needless to say, Windmill's tableaux girls is a gigantic hit as musical numbers are created around Mermaids, Red Indians, Annie Oakley and Britannia. The place is so popular that it is the only theatre that stays open throughout most of the Nazi attack on London.

Although there are several pleasing musical numbers, the real reason to see Mrs. Henderson Presents is the extraordinary performance of Judi Dench. She does a marvelous job conveying the creativity, the energy, the snobbery, and the prejudices of this vigorous widow. The writer Madeleine L'Engel has observed: "The great thing about getting older is that you don't lose all the other ages you've been." If you look closely into Judi Dench's eyes, you just might see both the spirit and the spunk of the younger Mrs. Henderson.

Stephen Frears (Dirty Pretty Things) directs this clever comedy that is inspired by the true story of Laura Henderson and the Windmill Theatre.

Special DVD features include Commentary by director Stephen Frears and a "Making-of" featurette. 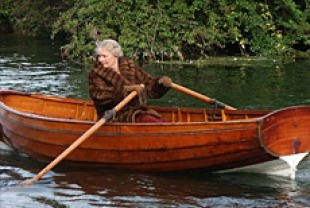 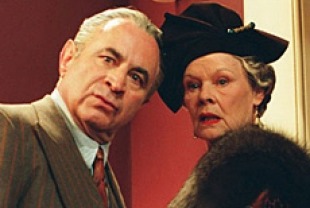 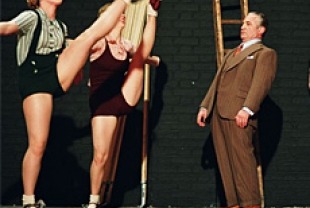 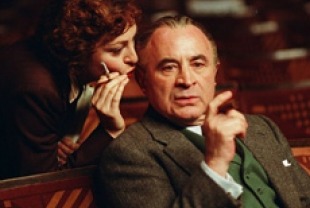