Directed by Andrew Harvey, Kathy Close
A clarion call to square off against the shadow of humanity, to surrender to the Divine Mother, and to serve others with a mystical activism that brings justice, peace, and love to a weary and war-torn world.

The present moment, according to mystic adventurer Andrew Harvey at a retreat filmed at the shrine of the Virgin of Guadalupe in Santa Fe, New Mexico, is one filled with both devastation and grace. We must have the courage and the attentiveness to wake up to what is happening in our world right now. There is no safe place to run and hide. And there is no point in averting our eyes or our minds from the unfolding catastrophes that are going on all around us.

But the negative is not the whole picture. We have a secret ally — God as Mother. She knows what it is like to walk in fear and to face the darkness. That is why she can guide us in the present moment, says Harvey, who has repeatedly written and taught about the Sacred Feminine and what it means to be energized and made strong by her love.

Are you ready to confront "The Seven Heads of the Beast of the Apocalypse?" Yes, we are sure that you are given that most of us have lamented these terrible and cataclysmic developments. First is the population explosion which could bring the Earth's population to 9 billion human beings by 2050, 3 billion more than the planet can sustain. This will likely result in wars over natural resources such as water.

The second head of the Beast is environmental pollution and the degradation of the earth. If things proceed at the current rate of indifference to global warming, the Amazon Rain Forest, the lungs of the world, will be almost destroyed by 2050. A third head is fundamentalism, which is on the rise in all the world religions, especially Christianity, Islam, and Judaism. During a time when we should be celebrating what each faith has in common, differences are accentuated and separation is suggested.

The proliferation of weapons of mass destruction — the fourth head — has put instruments of death into the hands of terrorists and governments that want to interfere in the affairs of other nations. Despite the obvious danger in this development, the international trade in guns is growing year by year. The separation from nature through technology has isolated human beings from the good Earth and created a view that everything can be consumed right now without any thought about future generations; this is the fifth head. The sixth head of the Beast is the consolidation of the mass media into large corporations that has resulted in the peddling of trash, violence, pornography, and an endless procession of products. Many movies and other forms of entertainment salute what Harvey calls "a demented individualism" and "corrupt competition." The final head of the Beast is the hysterical busyness and multitasking that make it almost impossible for people to "concentrate our divine nature."

All of these elements contribute to a cultural dark night of the soul, which, Harvey points out, can be a gateway to transformation. The Divine Mother urges us to walk through this pain and anguish without fear, illusions, or panic, and, perhaps most importantly, without resorting to the demonization and hatred of others. During the dark night of the soul, we are stripped of our false self and clothed in the grace and mercy of the Divine One. Harvey learned from Bede Griffiths that we can be transformed only by going through these mysteries and surrendering totally to God. It is not an easy path for we must take it by giving up our primal needs of comfort and security.

The good news is that the Divine Mother has gifted us with Seven Stars to counter the Seven Heads of the Beast. The first is that the crisis itself; it forces us to give up our false agendas and "look deeply into the shadow of humanity." Other stars are developments in technology and communication. We can use wind, solar, and hydrogen power as alternatives to the energy crisis we are experiencing. The Internet can become for many a source of community and communion with other souls who are trying to make a difference in the world by doing good things in unison.

The information explosion that has its dark side, as noted above, also has a bright side. More and more people are now tapping into the deep reservoir of spiritual resources available from the world religions — especially the practices of the mystics. The compassionate nonviolence of Mahatma Gandhi, Martin Luther King Jr., Nelson Mandela, and other peaceful warriors is being recognized as viable alternatives to violent solutions. Finally, a tide of love is being unleashed by the return of the Divine Feminine which is bringing people together. We can herald and hallow the birth of "divine humanity" by consciously finding spiritual practices that help make the dream of God a reality, day by day. These Seven Stars create light in the darkness, joy amidst depression, and strength in a collapsing world.

The Divine Mother calls us to reconcile all the opposites which have immobilized us and served as obstacles to working with others to make a better world. She blesses us with the courage, the grace, the patience, and the perseverance to give all we've got to the holy work of creating a more peaceful, loving, and reverent world. 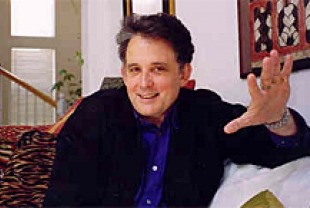