Directed by Wayne Wang
An appealing morality play in which Queen Latifah demonstrates a warm embrace of life with just the right mixture of humor and humanity.

Many of us spend much of our life imprisoned in fear. We worry too much about what others think, and we are are afraid to express our opinions and true talents. Sometimes it takes a spiritual emergency to wake us up so we find a way out of this limited lifestyle. That is the case in this comedy directed by Wayne Wang (The Joy Luck Club), a remake of a 1950 Alec Guinness film.

Georgia Byrd (Queen Latifah) is a shy New Orleans department store clerk who has a large book she calls "Possibilities" in which she has charted all her yearnings for travel, meeting the great chefs of the world, and celebrating the joy of love with a handsome co-worker. She enjoys cooking extravagant meals for a neighbor boy but doesn't eat them herself because she's on a diet. She has not expressed her interest in Sean Matthews (LL Cool J) out of fear of being rejected by him. And even the choir director at the Harmony Baptist Church wonders why Georgia is unable to let loose like the other singers around her.

An accident at work takes her to the infirmary where Dr. Gupta (Ranjit Chowdhry) diagnoses a terminal brain disorder and gives her three weeks to live. A chilly and insensitive HMO administrator states that her policy will not cover an operation. After questioning God why this tragedy has befallen her, Georgia decides to withdraw all her money and cash in all her bonds and take a trip to Karlovy Vary, a European ski resort village where the famous chef Didier (Gerard Depardieu) presides at the Grand Hotel Pupp. Before she leaves, she expresses her anger at a boss who has treated her like dirt despite the fact that her cookware department has had the best sales records in the store.

Facing imminent death, Georgia supercharges her life with meaning. She no longer takes anything for granted. Arriving in the luxurious hotel, she marvels at the beautifully designed ceiling. The clerk at the reception desk remarks that she has never looked up at it. Georgia revels in the delights and pleasures of the luxurious hotel where, after taking the most expensive suite, she is treated like royalty. She wows Chef Didier by savoring all of his dishes and soon is courted by a party of Americans, including Matthew Kragen (Timothy Hutton), who just happens to be the multimillionare owner of the department store where she used to work; Kragen's mistress (Alicia Witt); her senator from Louisiana (Giancarlo Esposito); and a Congresssman (Michael Nouri). Georgia's enthusiasm for every moment has a magical effect on these rich and powerful people as she enjoys takes in everything from snowboarding to gambling at the exclusive resort.

Wayne Wang is the perfect director for this appealing morality play. He orchestrates Georgia's warm embrace of life with just the right mixture of humor and humanity. This is Queen Latifah's best performance, and it will resonate with anyone who wants to live in the present moment and express his or her true self in fulfilling and exciting ways. The Last Holiday makes the point that gratitude is the spice of life and its most wonderful elixir. It also supports the view that God wants us to become the best person we can be and is willing to put us through a series of surprises to get us there. 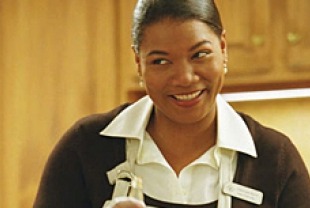 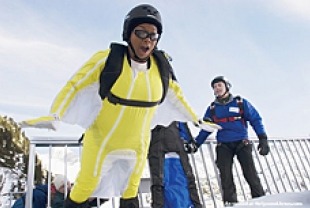 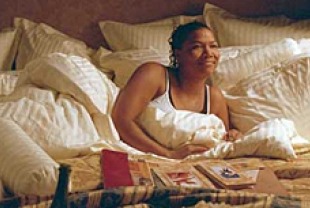 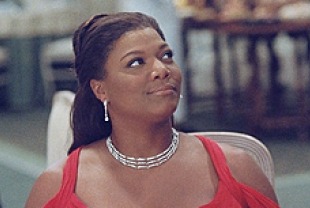