Directed by Heather Rae
A tribute to the focused and prophetic Native poet and activist who loves the Earth and has made many stands for the dignity of his people.

This 80-minute documentary directed by Heather Rae takes a multidimensional look at the life and work of Native American poet, recording artist, and activist John Trudell. Born of mixed tribal blood in 1944, he grew up poor in and around the Santee Sioux reservation near Omaha, Nebraska, and served in the U.S. Navy from 1963 - 1967. He came into national prominence in 1969 when he participated in the occupation of Alcatraz Island by Indians of All Tribes.

Trudell experienced the same power moves and duplicity that Native Americans before him have suffered at the hands of the U.S. government. After the occupation ended in 1971, he began working with the American Indian Movement (AIM) and was its chairman from 1973 - 1979. During this period, the FBI gathered over 17,000 pages of information on him as a subversive. Shortly after Trudell burned the American flag on the steps of the FBI headquarters in Washington, D.C., his pregnant wife, three children, and mother-in-law were killed in an arson fire on a Nevada reservation.

In the midst of grief, this survivor descended into the dark and came out the other side as a poet and recording artist. In 1983, with the help of singer/songwriter Jackson Browne and the late Jesse Ed Davis, a Kiowa guitarist, Trudell expressed his pain over the suffering of the Earth and the injustices experienced by his people. Director Heather Rae includes interviews with celebrities this poet and activist has worked with over the years, including Robert Redford (Incident at Oglala); Sam Shepard and Val Kilmer (Thunderheart); Kris Kristofferson; Bonnie Raitt; and others.

Trudell has stayed focused throughout his spiritual journey as a spokesperson for Native peoples with an incisive critique of government and the power plays of corporations that have brought so much suffering into the lives of the poor. This sobering documentary delivers an unforgettable portrait of a shadow side of America that has not been given much play by the media. Until we face what we have done to the indigenous people of this country, there is no way we can ever be truly free. 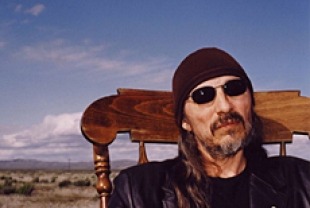