Talking with the Dalai Lama

Directed by John Halpern
An informative documentary on Tibetan Buddhism's impact in the West containing interviews with spiritual teachers and filmmakers, plus an interview with His Holiness the Dalai Lama.

Buddhism is very popular in the West and this documentary by John Halpern takes a look at some of the reasons why. The title refers to being initiated into Tibetan Buddhism when the practitioner vows to seek a safe haven in the Buddha, the Dharma (teaching), and the Sangha (community). The word also refers to a trend that has been gaining momentum each year since the 1950s when Tibetan Buddhist meditation masters began coming to the West seeking a safe place to teach and establish centers in free societies. In turn, Westerners sought a haven in Buddhism. This meeting of the East and the West has benefited all.

His Holiness the Dalai Lama is the heart and soul of this documentary which contains images from India, Tibet, Nepal, and the United States. Since the fall of Tibet in 1959, the Dalai Lama has become an international figure who demonstrates the kindness, inner peace, equanimity, and openness that are signs of deep spirituality. In response to Christians, Jews, and Muslims who are thinking of switching their allegiance to Buddhism, the Dalai Lama suggest that they stay with their own tradition. He discusses Tibetan Buddhism's emphasis on meditation, peace of mind, balance, compassion, and kindness. Further elaboration of these subjects and many others are provided by Sakyong Mipham Rinpoche, Tenzin Palmo, and David Chadwick.

Perhaps the most interesting dimension of this documentary is the time given to filmmakers who have explored Buddhism in their works. Martin Scorsese, who directed Kundun, states: "I think to a certain extent Buddhism might give us an insight and rebirth of the very essentials of what, for example, Christianity preaches." Melissa Mathison, the screenwriter for Kundun, says of Tibetans: "There is a dignity in these people that we hope is contagious. They are a joyful people and there's laughing and a lack of self-consciousness. Everybody's a Buddha. Everybody has been your mother and so everybody is inter-related. They have a belief in inter-relatedness."

Also on hand to discuss Buddhism are Oliver Stone (Heaven and Earth), Dzongzar Khyentse Rinpoche (The Cup), Bernardo Bertolucci (Little Buddha), and Philip Glass, who created the music for Kundun. Artist and writer Les Levine is the narrator and music is provided by Steve Reich.

The film is screening with a 27-minute interview, Talking with the Dalai Lama, produced and directed by John Halpern during which he fields many questions about his life, Buddhism, enlightenment, teachers and students, meditation, and the world situation at present. It's a unusual view of His Holiness as it is filmed in his living room in Dharamsala, India. 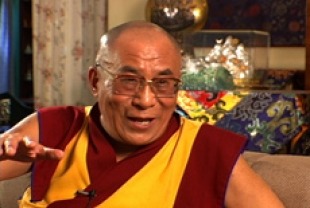 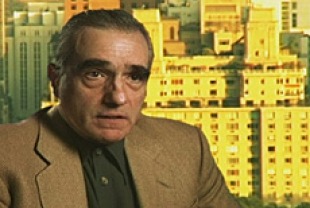 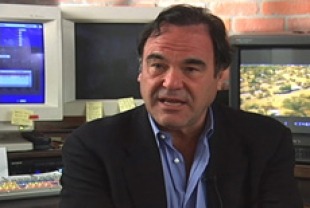 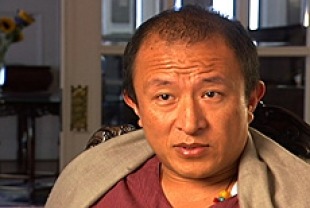