Directed by Fred Zinnemann
A top-drawer religious film starring Audrey Hepburn about humility, faith, and obedience; part of the Films of Faith Collection.

A main objective in the monastic life is to polish the heart in humility and to transcend the ego, which is puffed up with pride. But for many serious servants of God, this may lead to an intense internal battle. The Nun's Story presents an multidimensional examination of this struggle in the soul of a serious young woman who wants to use her skills as a nurse in service of others. The drama is beautifully directed by Fred Zinnemann based on a bestselling novel by Kathryn Hume. The screenplay by Robert Anderson does a remarkable job avoiding religious stereotypes about nuns. Particularly heartening is that none of the women superiors who are in charge of spiritual training in the convent come across as a tyrant or an unfeeling authoritarian. Of course, our sympathies are totally with Audrey Hepburn and her riveting depiction of the spiritual journey of her character, Gabrielle, a.k.a. Sister Luke.

Gabrielle van der Mal (Audrey Hepburn) is the brightest daughter of a famous French doctor (Dean Jagger). He is supportive of her decision to become a nun, although he thinks it will be a difficult journey given her independent mindedness. Her two sisters and brother are sad that she is essentially exiting from their lives. In the convent, Gabrielle has a hard time with the practice of silence and adjusting to the fact that she must give up all her possessions and any semblance of a personal life. Another sister who entered the order at the same time, leaves after becoming convinced that she will not be able to follow the rigorous standards for the religious life.

But Gabrielle perseveres and takes her vows to become Sister Luke. The film has some wonderful scenes of the ritual life of the convent; the vows ceremonies, in particular, are choreographed beautifully. Throughout the film, the devotional practices of the sisters is presented with utter respect. The viewer gets a real feel for what cloistered life was like in the 1930s and 1940s in Europe.

Sister Luke is sent to a school in Antwerp to refresh her skills as a nurse and to learn more about tropical medicine. Her deepest desire is to go to the Belgium Congo to work in the missions. But another nun feels very threatened by her, and one of her superiors suggests that Sister Luke could fail her test as a way of demonstrating her compassion for her. But Sister Luke is unable to do it, and she passes wiht flying colors.

However, she does not get her dream. Instead, she is sent to work in a mental asylum, a post that proves challenging both mentally and physically. When she finally is sent to the Congo, she is sure that she will be serving the poor natives. But, instead she is assigned to work with Dr. Fortunati (Peter Finch), the surgeon at the hospital for whites. He is a workaholic, but Sister Luke exceeds his hours on the job and soon comes down with tuberculosis. Afraid that she will be sent back to Europe, he decides to treat her himself after she is isolated from the others. The doctor tells her that her exhaustive inner battle with herself over issues of pride, obedience, and perfectionism is unhealthy. He is right and she knows it.

Thanks to Dr. Fortunati's efforts, Sister Luke recovers. When a patient needs to go back to Europe, she is sent as the escort and then ordered to remain in the convent by the Reverend Mother Emmanuel (Edith Evans). World War II has broken out, and with it comes more dark nights of the soul for the struggling nun.

Teachers in all religions point out the importance of humility as a sign of spiritual maturity. In the Gospels, Jesus promotes a new discipleship of equals and when his followers began to argue over who is the greatest, he bends down and acts out a parable of humility. "I am among you as one who serves." This emotionally resonant film beautifully conveys Sister Luke's struggle with humility. Yet it is not presented in a in a simplistic or sappy way. There is complexity in her attitude toward service. She wants to use all of her talent but constantly stumbles when those overseeing her spiritual life hold her back. In the end, we are taken aback at the fierceness of the ego and the many ways it expresses itself. The Nun's Story makes it clear how difficult it is to practice the Little Way of St. Therese of Lisieux. As Mary Margaret Funk puts it:

"Humility matters. It is at the core of our experience of life in Christ. So central is this quality of being that it may be said that humility is to a Christian what enlightenment is to a Buddhist, realization is to a Hindu, sincerity is to a Confucian, righteousness is to a Jew, surrender is to a Muslim and annihilation is to a Sufi. Humility is what others see of our purity of heart."

This DVD is part of a three-film collection from Warner Home Video called "Films of Faith." The Nun's Story is by far the strongest of the three and worth the price of the whole set.

We also enjoyed The Shoes of the Fisherman (1968), directed by Michael Anderson. It stars Anthony Quinn as a Russian priest who moves from being a political prisoner in Siberia to the Vatican in Rome where he is appointed a cardinal just in time for the conclave to choose a new pope. The surprising decisions of the newly elected pope at the end of the movie may not be worth the long wait in this nearly three-hour movie (with an intermissions!).

The third film, The Miracle of Our Lady of Fatima (1952), directed by John Brahm, recounts what happened in a small Portuguese village after three peasant children begin receiving visitations from the Blessed Mother. If you don't know the story, the movie is interesting, even though the style of it seems quite dated. 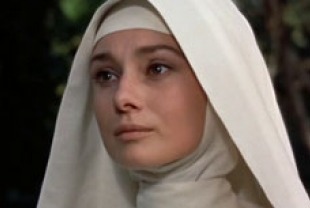 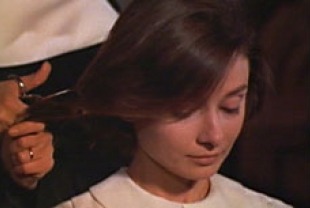 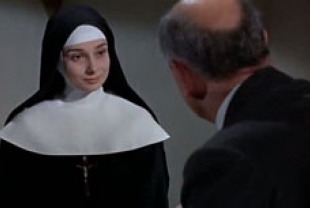