Directed by Richard Linklater
A well-realized dystopian sci-fi drama about addiction and paranoia.

This dystopian sci-fi drama is set seven years in the future in California's Orange County. Robert Arctor (Keanu Reeves) lives in a run-down tract house with three buddies: junkie Charles Freck (Rory Cochrane), motor-mouth Jim Barris (Robert Downey, Jr.), and Ernie Luckman (Woody Harrelson). They have tried very hard not to fit the respectable mold of the community, and they have all succeeded.

Unbeknownst to his buddies, Arctor is an undercover agent named Officer Fred in the war against an illicit drug, Substance D, which is spreading "dumbness, despair, desertion, and death" in the society at large where nearly 20 percent of the citizens are addicts. Giving a speech to a group of business men, Officer Fred loses it. It is later leaned that he is addicted to Substance D and law enforcement officials decide to bug his house. They are also interested in the activities of Donna (Winona Ryder), who may be a dealer and a dangerous person.

Linklater uses the same animation technique he pioneered in Waking Life (2001). It seems very appropriate here since Arctor as Officer Fred wears a scramble suit which shape-shifts his face again and again as he walks down the street or talks to someone while on the job as an undercover agent. It also fits the opening sequence perfectly when Charles Freck is attacked by a series of imagined or real bugs inhabiting his hair and body. The addict's world is not a pleasant one despite the yearning for bliss. The liveliest character in the drama is Barris who can talk about almost anything and has a penchant for getting into squabbles with his buddy Ernie.

Linklater's screen adaptation of Philip Dick's novel A Scanner Darkly captures its themes of addiction, paranoia, and the tricky and scary existence of an organization called New Path that provides rehab centers for recovering addicts. The contemporary theme of surveillance plays only a minor role in the unspooling of the story. 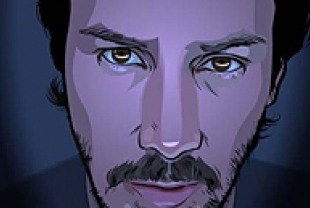 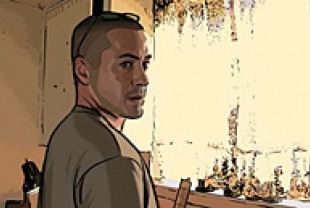 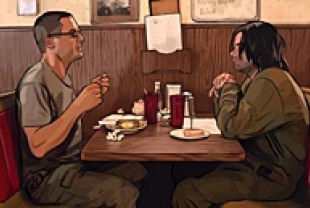 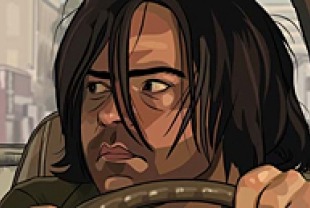 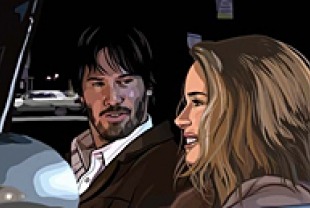