Directed by Michael Mann
A tense urban drama about two gutsy undercover cops who enjoy their improvised lives of danger and surprises.

In Heat and Collateral, director Michael Mann demonstrated his knack for creating tension-ridden urban dramas exploding with tough characters who thrive on adrenaline-rushing action. This same vitality is on the screen in Miami Vice, which picks up the characters from the popular 1980s television series about undercover cops.

"Sonny" Crockett (Colin Farrell) and Ricardo Tubbs (Jamie Foxx) are upset when they learn that an informant's family has been murdered. These two Miami vice cops also find out that two federal agents were killed by members of the Aryan Brotherhood. It turns out that there is a new underworld order orchestrating drug-running operations in a billion-dollar corporate-industrial complex. Crockett and Tubbs volunteer to go undercover and bring them down. They reluctantly have to work with FBI Special Agent Fujima (Ciaran Hinds) who has little tolerance for their maverick ways.

Crockett, who has a way with women, is immediately attracted to Isabella (Gong Li), the cartel's Chinese-Cuban financial officer who flies around the world laundering and investing money for the global crime syndicate. She is also the lover of Montoya (Luis Tosar), the polite wizard who runs the whole operation. This wheeler-dealer's drug middleman is Jose Yero (John Ortiz), who takes an immediate disliking to Crockett. He is further enraged when the cocky outsider begins a sexual affair with Isabella, who takes him to her place in Cuba for a torrid encounter. Meanwhile back in the United States, Tubbs continues his romantic relationship with Trudy (Naomie Harris), an intel-analyst.

Mann makes the most of the urban scenery in Miami and gives us a gritty appreciation of the thrill that comes when Crockett and Tubbs improvise their undercover moves and set out into unexpected territory. In addition, Miami Vice paints a credible picture of the international drug trade which is built on the insatiable need of Americans for an imagined escape from the harshness of reality.

Special DVD features include a "Miami Vice Undercover" featurette and a "Miami and Beyond: Shooting on Location" featurette. 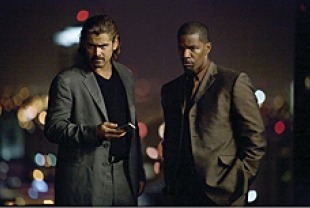 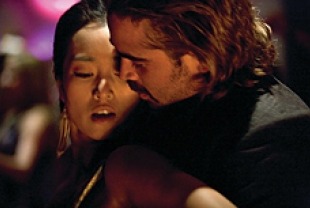 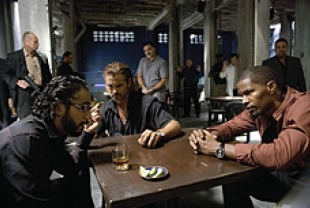