Directed by Charles Sturridge
An exquisitely filmed drama about the collie with a huge heart and a quest that proves her love for her favorite human companion.

Homing pigeons can find their way home by traveling hundreds of miles over unfamiliar terrain. Salmons, swallows, and sea turtles migrate from breeding grounds to feeding grounds and back over thousands of miles. Some dogs, cats, horses, and other domesticated animals also possess a keen sense of direction and can find their way home from unfamiliar places very far away. Take the well-publicized case of a collie named Bobby who was lost in Indiana and a six months later turned up at his home in Oregon, having walked a distance of 2,500 miles. Dogs, and other animals have powerful connections to humans, places, and other animals that we cannot understand but must respect. They possess gifts that humans are only beginning to appreciate.

Lassie is one of the most beloved dog story franchises with eleven movies and 691 half-hour TV episodes to her credit. Eric Knight wrote Lassie Come Home in 1940, and it provided the story for the 1943 film starring Roddy McDowell and Elizabeth Taylor. Charles Sturridge (Where Angels Fear to Tread, A Handful of Dust) directs this exquisite production that was shot on locations in Ireland, the Isle of Man, and Scotland. The story is a classic tale of the tie that binds a pet to the one person on Earth who loves her more than anyone or anything else.

Just before the outbreak of World War II, the Duke of Rudling (Peter O'Toole) is leading a fox hunt that ends up in the small mining town of Greenhall Bridge. Nine-year old Joe (Jonathan Mason) lives there with his impoverished parents, Sam (John Lynch), a miner, and his wife Sarah (Samantha Morton). When the Duke's granddaughter, Cilla (Hester Odgers), sees Joe's dog Lassie, she immediately falls in love with her. The Duke wants to breed the animal with his champion collie Hey Hey. He makes a bid for Lassie but is turned down. But soon after, the mine is closed, and Joe's parents, needing money for food and other essentials, sell the dog. Joe is heart-broken not to see Lassie waiting outside school to walk him home. He also misses her at night; she used to sleep on his bed.

The Duke hands the care of Lassie over to a cruel kennelman named Hynes (Steve Pemberton) who does not like or trust animals. The dog escapes from her pen and returns to Joe several times. With war approaching, the Duke decides to transport his granddaughter and Lassie to his castle in a remote region of Scotland. Although Cilla loves the dog, she understands in her heart how much she misses Joe. She misses her mother, who has stayed in London. After Hynes uses his belt to discipline Lassie, Cilla helps her escape. The dog begins a 500-mile quest to return home. Her adventures include encounters with an angry truck driver, a farmer with a gun protecting his chickens, some Loch Ness monster hunters (John Standing and Edward Fox), two Glasgow dogcatchers, and the judge when she makes an unscheduled appearance in a court room.

By far the most satisfying part of her journey home is spent with Rowlie (Peter Dinklage), a traveling puppeteer. He and his dog Toots befriend Lassie and even make her part of the shows they present before happy children. Although Rowlie knows that Lassie is an extraordinary dog, he is able to let her go so she can return home. The rest of the journey is a physical ordeal for the collie who eats very little and must face the onslaught of winter.

The heartwarming conclusion of the film prompts us to ask what would the world be like without dogs? A much diminished and sadder place, that's for sure. They are such wonderful companions and teachers that it is hard to comprehend life without them. 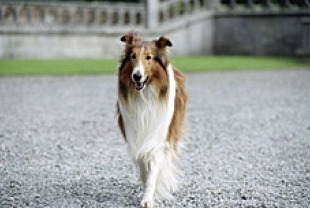 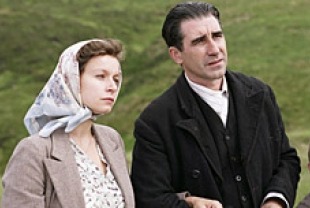 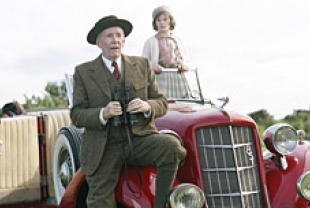 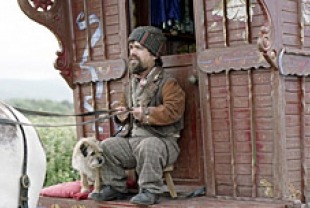 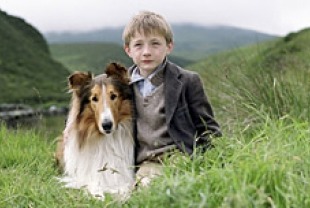