Directed by Bart Freundlich
A spicy romantic comedy about two emotionally illiterate men who wake up just in time and see the error of their stupid ways.

Rebecca (Julianne Moore) is a successful actress in New York City whose husband Tom (David Duchovny) is a stay-at-home dad for their two small children. A former advertising executive, he is proud of his nurturing abilities. Her brother Tobey (Billy Crudup) has been in an intimate relationship with Elaine (Maggie Gyllenhaal) for seven years, and she is beginning to think that he has no intention of ever marrying her. A children's book author, she wants to start a family. Tom's obsession with sex bothers Rebecca and amuses the therapist (Gary Shandling) they are seeing. Tobey, the slacker, is also seeing a psychiatrist (Bob Balaban), who is not entertained by his curiosity about his private life.

Comedian George Carlin has cleverly observed, "Men are stupid and women are crazy. And the reason women are so crazy is because men are so stupid." Women have justifiably complained about the Peter Pan syndrome where middle-age men refuse to grow up and seem to take perverse pleasure in acting like adolescents. Writer and director Bart Freundlich (Myth of Fingerprints) focuses on the manifold follies of Tom and Tobey as they put their love relationships with Rebecca and Elaine in jeopardy. The stay-at-home dad tries porn on the Internet and then starts a mad passionate affair with a sexy mom he meets while carting his children to day care. Tobey squirms around and freezes when Elaine tells him that her priorities include pregnancy.

Complications ensue in the city where couples flirt and have sex without much adieu. Rebecca is pursued by a young actor who has a crush on her. Elaine meets a book publisher (Ellen Barkin) who has more on her mind that giving this young woman a break. She also goes out on a date with a singer/songwriter (James LeGros) who has his own special way of making music in the bedroom. Even the slacker Tobey is pressed by Faith (Eva Mendes), an old girlfriend from college who is hot to trot.

Freundlich draws out top-notch performances from David Duchovny and Billy Crudup in this spicy romantic comedy. These actors make their characters appealing even though they are emotional illiterates who try desperately to coverup what they are feeling. One of the funniest sources of anxiety in Tobey is his fear of death, a subject that comes up more often than he would like.

The humor keeps things lively until the clichés of the final act which contains yet another variation on the worn-out proposal of love in a public setting. It is time for us to send a memo to American screenwriters: Please desist from any more endings where the characters speak vows of love in front of a crowd of strangers who after it is all over clap madly, cry tears of joy, and smile warmly. Such a scenario strains belief and cheapens the emotional veracity and intimacy of true love. 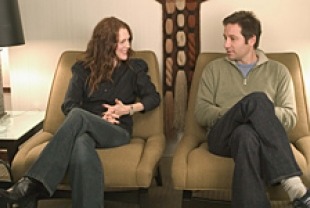 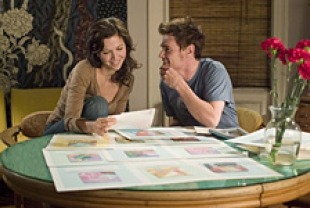 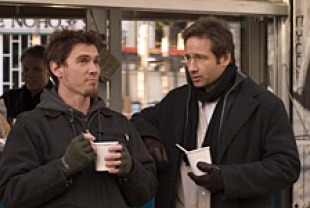