Directed by Niall Wooll
An English black comedy about a housekeeper who turns out be quite a miracle-worker in a dysfunctional preacher's family.

This English black comedy is mildly humorous and is carried nicely by a fine cast of actors and actresses. In the small town of Little Wallo, the Goodfellow family is struggling mightily with a bunch of problems. Walter (Rowan Atkinson) is the local vicar who doesn't have much respect for himself as a preacher. He thinks he's dull. His insecurity is magnified now that he's been chosen to give the sermon at an upcoming religious conference. His wife Gloria (Kristen Scott Thomas) is bored with the town, the church and her husband's neglect of her. That's why she is flirting with Lance (Patrick Swayze), an American golf pro who is basically a sleazebag. She's bothered that daughter Holly (Tamsin Egeton) at 17 is already a bit of a nymphomaniac. Younger brother Peter (Toby Parkes) is a sensitive lad who is bullied at school by a pack of rowdy boys.

Then a new day brings Grace Hawkins (Maggie Smith) into their lives. She's been hired as their housekeeper, but she is really much more than that. With energy and Puritanical rigor, Grace tackles all the family's problems, turning out to be a minor miracle-maker. Only trouble is her dark past and her decisive way of handling things.

The story goes a bit too far, in true black comedy form, but that's okay since there are plenty of chuckles along the way including a bit where Walter gets on the Internet and discovers a goldmine of humorous religious jokes to pep us his sermons. 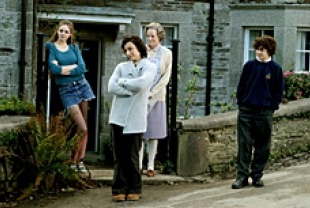 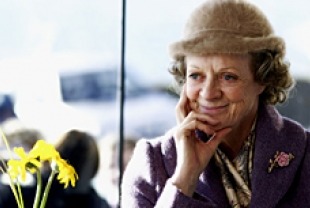 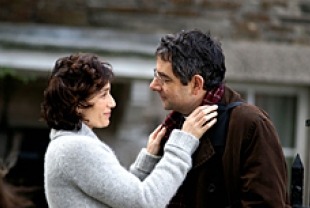