Directed by Pedro Almodovar
Touches the heart with its wonderful portraits of Spanish women whose nurturing and loving powers are a stay against the powers of violence and death.

In the opening scene of Pedro Almodovar's film, a diligent group of women are busy cleaning the gravestones of their departed loved ones in a cemetery in La Mancha, Spain. For these mothers, daughters, sisters, and grandmothers, the dead are not gone but present in their lives in countless intangible ways.

Raimunda (Penelope Cruz) and her sister Sole (Lola Duenas) are tending the graves of their parents who died in a house fire four years ago. Accompanied by Raimunda's teenage daughter Paula (Yohana Cobo), they pay a visit to Aunt Paula (Chus Lampreave) who lives alone and is not doing well. They are glad to hear that Augustina (Blanca Portillo), a kind-hearted neighbor, has been looking after their aunt.

The nurturing nature of these women, who all are involved in care-taking in one way or another, is contrasted with the violent and animalistic world of men. Raimunda's husband announces that he's been fired from his job. The next day, he tries to rape Paula, and she kills him with a knife. Raimunda tells her daughter that she will take the blame for the crime if anyone questions them. She manages to store his body in a freezer at a restaurant nearby. The owner wants to sell the place and has already left for Barcelona. While she's there, she is asked if she can provide the food for a film crew in the area — a stroke of good luck as she has no way to support herself. She later tells her daughter that the man she killed was not her real father.

Pedro Almodovar has set this film in the part Spain where he spent his early years. The story mixes many elements that have cropped up in his previous movies and, as usual, there is a strong emphasis on how women's love proves to be a shelter in a storm. Raimunda has unfinished business with her dead mother, Irene (Carmen Maura), and this is a major thematic strand in the storyline. It is also interesting to see the relationship between Raimunda and her sister Sole, who runs an illegal hairdressing operation out of her home. But the most loving person is Augustina, who discovers that she has cancer. She, too, has unfinished business with her mother who in her time was the only hippie in the community.

The ensemble performances in Volver by Cruz, Maura, Duenas, and Portillo are superb. This is the kind of movie that aims for the heart and touches it with warm emotions again and again. 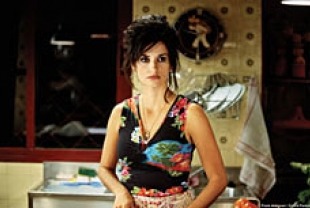 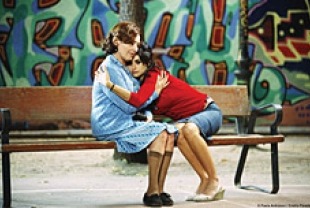 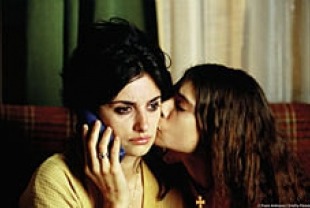