The Journals of Knud Rasmussen

Directed by Norman Cohn, Zacharias Kunuk
The sad story of how shamanism and the ancient ways of the Inuit was replaced by Christianity and a hatred of the world.

In Atanarjuat (The Fast Runner), director Zacharias Kunuk created a cinematic masterpiece out of the shards of an Inuit myth about love, murder, family, and communal discord. It was the first film made by Inuit and presented in their own language. At the core of the story is a recognition of the importance of the spirit world in the lives of these people. Shamans are crucial figures who square off against the malevolent forces threatening to create disharmony and hate in the community.

In this follow-up film, Knud Rasmussen (Jens Jorn Spottag), an explorer and adventurer, arrives in the Arctic in 1922 with trader Peter Freuchen (Kim Bodnia) and anthropologist Therkel Mathiassen (Jakob Cedergren). He speaks the native language because his grandmother was Inuit. Avva (Pakak Innukshuk), the shaman, tells these outsiders the story of his life. His mother was cursed, and many of her children were stillborn. When she gave birth to Avva, the umbilical cord was around his neck and he almost died. He grew up as an outsider. Avva tells the white men that "we believe that happy people should not worry about hidden things. Our spirits are offended if we think too much."

For Avva ancestral rules and taboos protect the people from evil spirits and divisions and distractions that break-down community life. His daughter Apak (Leah Angutimarik) is a beautiful woman who is connected to the spirit world but not the way her father is. After being widowed, she was forced to marry a man she does not love or even like that much. In an ecstatic trance, she has sex with her former husband in the spirit world. This bothers Avva and others in the community.

The white men convince Avva to take them back to Iglulik, the village they left years ago. The journey back is long and arduous, and they are forced to eat all their food. When they arrive, they see that the community has converted to Christianity. One of Apak's former lovers is the son of the tribal chief and he speaks English. As Christians, the villagers want nothing to do with drums and ancient rituals and taboos; they have totally converted to the ways of the whites. The way of the ancestors and the shaman is seen as a satanic path. Avva and his wife and daughter must decide where their allegiances lie when it becomes a matter of eating as a Christian or starving to death on the shamanic path.

The Journals of Knud Rasmussen is the sad story of the abandonment of shamanism for Christianity by the Inuit in 1922 in one community. It is partly based on the words of the last great Iglulik shaman, Avva, and his life story. The drama reveals the interesting cross-cultural experiences of the explorer as he tries to understand the Inuit people and their customs. Overall, they are a happy people who love music and dancing and laughter. The ones who turn to Christianity are less interested in these things; they are aiming for Heaven and trying to make sure they don't wind up in Hell. This, unfortunately, results in a hatred of the world. 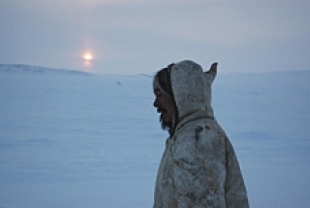 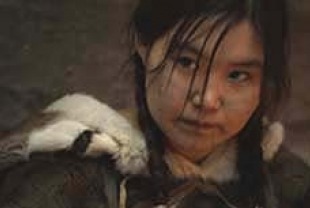