Directed by Sofia Coppola
A mesmerizing performance by Kirsten Dunst as Marie Antoinette, a self-absorbed woman imprisoned in a golden cage of wealth and privilege.

Fourteen-year-old Marie Antoinette (Kirsten Dunst) is sent from her home in Vienna to marry the son of King Louis XV (Rip Torn) of France. At the border, she is divested of all her clothes and possessions — including her beloved dog. The Comtesse de Noailles (Judy Davis) known as "Madame Etiquette" assures her that "You can have as many French dogs as you like."

Just before she left home, Marie's mother (Marianne Faithful) told her that she must be careful of everything she does since "all eyes will be upon you." This proves to be true when Marie arrives at the Palace of Versailles and must walk slowly through a crowd of French nobility all anxious to see the Austrian bride-to-be. In her sumptuous rooms, she learns that she will never have a private moment in the world of royalty and privilege. People will always be waiting on her, bowing to her, or just standing around and looking at her. Privacy is not prized highly in the French court.

After the marriage, Marie and Louis (Jason Schwartzman), the heir to the throne, are tucked into their nuptial bed as a large throng stands gazing upon them. King Louis XV and everyone in the room expects them to get on with their only responsibility — to produce a male heir. But the callow lad, whose hobby is keys, hasn't got a clue how to unlock the mysteries of sex. Louis is much more relaxed on his horse in a hunting party. Marie, meanwhile, never quite gets used to all the ladies in waiting who dress her every morning or the large throng that stands around her and her husband as they eat breakfast.

The pressure to produce a child weighs heavily on Marie as Louis's brother has a son and chilly letters arrive from her mother criticizing her for being such a disappointment. The gossip mongering increases as the years pass and still no child. Marie also causes a tiff by not speaking to Madame Du Barry (Asia Argento), the King's mistress who is widely hated by the French aristocrats for her invasion of their private space. The Austrian ambassador (Steve Coogan) finally persuades Marie to speak to the woman and avoid the King's ire. Marie's brother Joseph (Danny Huston) is dispatched to the court by their mother and ordered to initiate a little talk with Louis about sex. It works, and the couple has a baby daughter and later a son. By then Louis's father has died and he has assumed the position of King.

As she demonstrated in Lost in Translation, director Sofia Coppola is a master of milieu, and here she makes the most of the magnificent environments of the Palace of Versailles, filming in the actual locations where Marie Antoinette spent her days. Her screenplay, based on a well-received non-fiction work by Antonia Fraser, depicts Marie Antoinette as a young woman imprisoned in a golden cage of luxury in a foreign land. Ensconced in a world of fancy clothes, pets, an adoring entourage, sweets, and endless glasses of champagne, she is oblivious to the world outside the palace. Eventually, she finds an oasis of privacy at a rustic retreat given to her by her husband where she can frolic with her children and revel in the beauty of the natural world. She enjoys a small share of personal freedom in this place far away from the reach of protocol. She also has a private affair with a handsome Swedish soldier.

Kirsten Dunst gives a mesmerizing performance as the self-absorbed woman. The film takes us up to the point when at age 37 she was taken away for execution by French revolutionaries. It is easy to see the Marie Antoinette that resides in many of us. That craving for sugar and a life of constant amusement. The illusion of comfort that comes from wealth and having things we desire. The constriction of our world to what our senses can enjoy. The adoration of a small circle of friends. The lavish rooms of the palace, the beautiful clothing, and gorgeous scenery of Marie Antoinette is as appealing and overwhelming to us as it was to the young queen. But in the end, we see, as she did, how privilege and power can imprison us and cut us off from our connection to anybody other than family and friends. That connection is what keeps our souls alive and signals our responsibilities in mending a broken world. We realize what Marie never had a chance to discover — when we take our eyes off ourselves, we truly begin to live. 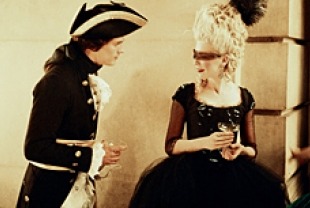 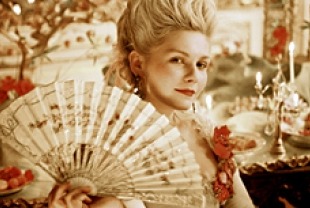