Directed by Alejandro Gonzalez Inarritu
A multidimensional story that explores what happens when love is ignored, squandered, or annihilated by anger, alienation, hatred and violence.

Babel focuses on four families in four countries on three continents in a multidimensional story that engages the senses, startles the mind, and engenders within our consciousness an appreciation for small acts of kindness and compassion in a world filled with hatred, violence, confusion, dread, suffering and loss. This extraordinary film is the third in a trilogy by Alejandro Gonzalez Inarritu that includes with Amores Perros and 21 Grams.

People today are cut off from each other by race, language, culture, and tradition. Although the mass media and the Internet claim to be uniting us, the separations are more egregious now than ever before. Ideas about who belongs in our communities, coupled with prejudice against outsiders, strangers, and foreigners, make us feel ill-at-ease wherever we are. We cluster in small units of family and community while eschewing religious allegiance to the human family. We emphasize differences rather than celebrate commonalities. The Babel of the Bible is nothing compared to the many forms of Babel in our time. Babel exists wherever people are at each other's throats or stuck in situations that bring out their fear, anger, hatred, or violent behavior.

Inarritu and screenplay writer Guillermo Arriaga plunge us into the suffering, trials, and tribulations of people dealing with hardships that would test any soul. In a small village in the mountains of Morocco, a goat-herder purchases a rifle from a neighbor, who had received it as a gift after serving as a guide for a Japanese hunter. The herder tries the weapon out with his two young sons and then gives it to them with orders to shoot some of the jackals that are pestering the goats. Later the two boys decided to test the gun's range by firing at vehicles on a road below their fields. The younger boy shoots at a tourist bus, and it stops shortly afterwards. Someone has been hit.

Amelia (Adriana Barraza) has been the nanny for two young American children in southern California since they were born. Their parents are on a trip overseas when the time comes for her to go to Mexico to attend her son's wedding. Unable to find anyone to look after the kids, she decides to take them with her. Amelia's nephew Santiago (Gael Garcia Bernal) volunteers to serve as her chauffeur. The wedding is a joyful occasion and even the children enjoy themselves. But as they are returning home, an aggressive guard at the border triggers Santiago's temper, creating a situation where Amelia and the children in her care are put in grave danger.

Back in Morocco, Richard (Brad Pitt) and Susan (Cate Blanchett), the parents of the California kids, are not having a good time. They have gone on the trip to heal their grief over the death of their third child as an infant. Susan feels uncomfortable in this desolate country; at a restaurant she throws away some water her husband is about to drink, sure that it is contaminated. On the bus, she rests her head against the window and then is shot in the shoulder. Everyone on the bus thinks they are being attacked by terrorists.

With no hospitals nearby, the driver takes them to his village where a veterinarian stitches up Susan's wound and an old lady nurses her. A very kind and hospitable Muslim gives them shelter. He is calm presence in a situation which has aroused Richard to a state of panicked helplessness. The situation grows more tense when the other tourists, fearing for their lives, take the bus and leave them behind.

In Tokyo, Chieko (Rinko Kikuchi), a deaf-mute student, loses a volleyball game for her team due to her anger at an unfair call by the referee. She is a very troubled adolescent, who expressing her rage through unrestrained sexual behavior. At a restaurant, she removes her panties in the lavatory and, making sure a young man at a nearby table is looking at her, flashes him a view of her crotch. Later, she and her best friend do pills and drink whiskey with some boys who take them to a disco. Chieko tries to lose herself in the place but is unable to do so. She returns to her sexual aggressiveness with a dentist who orders her out of his office. Chieko goes home and has an encounter with a stranger that proves to be somewhat surprising and tender.

At Cannes Film Festival, Inarritu said in an interview: "I feel that the connection that I want to make is not a physical or coincidental connection, nor a plot connection. I think as human beings, what makes us happy is very different; it depends on cultures or races. What makes us sad and miserable is exactly what we share, and that thing is basically the impossibility of love, the impossibility to be touched by love, the impossibility to touch with love and express it. That is one of the most painful things that every human being has experienced, as well as feeling vulnerable to love. I think those two things are the most tragic things that bring us together. This film and the connections to the characters is about that, all of them on different levels, no matter which culture, no matter which country, religion, age, social class . . . All of these people are at an inability to express themselves, with their husbands, with their wives, with their kids. When you cannot be touched by words, and when you cannot touch people with words, then the body becomes a weapon, an invitation, and that is what is tremendous about the story. I feel that you saw a story about human beings and not about Moroccans, Mexicans, or Americans."

Babel is the kind of movie that you will want to see again. Repeated viewings give you a chance to explore the small moments of light and love and kindness and compassion that pass by in a flash. Also pay attention to both the flaws and the inner reserves of resiliency that are evident in these characters as they push against settings where they feel uncomfortable and stressed out.

Love is celebrated in all the world's religions as the most powerful and poignant emotion. Babel will give you access to the many shades of love as it shows what happens when it is ignored, squandered, or annihilated by anger, fear, hatred, and violence. 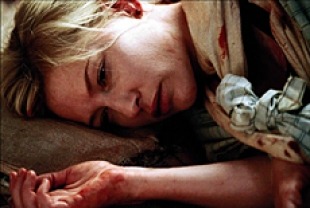 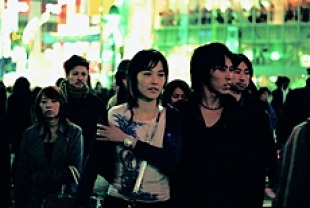 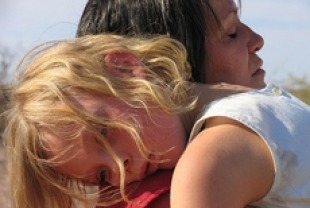