Directed by Daniel Burman
A relaxed and enjoyable film from Argentina about a young man who is in no hurry to move out from under the shadow shed by his father, a popular and successful lawyer.

It's easy today to send e-mails and faxes anywhere in the world, yet we rarely speak to those who live in our neighborhood. We have cellular telephones and pagers, yet we spend very little time in deep conversation with those in our immediate family. This strange phenomenon is depicted very poignantly in this snappy and satisfying film from Argentina written and directed by Daniel Burman. We were very impressed with his Lost Embrace about a father and son reunion after years apart. This one also deals with a father and son relationship.

The drama begins with the voiceover narration of Perelman (Daniel Hendler), a lawyer in Buenos Aires who teaches at a university. He's talking about the habits of his father, Perelman Sr. (Arturo Goetz), a popular and successful barrister who meets with his clients where they work or in restaurants so he can size them up in a personal setting. He is very close to his secretary (Adriana Aizemberg) since his wife is dead. Work fills his days, and his son his astonished by his energy. Perelman Jr. has a rather lackadaisical lifestyle.

After lusting after Sandra (Julieta Diaz), a looker in his class, Perelman Jr. marries her, and she starts teaching pilates in their apartment. They have a son, Gaston (Eloy Burman), who turns out be quite the little charmer. Perelman Jr.'s office building is shut down for a month, and he is given some time off, but he doesn't share this news Sandra. Asked at school to participate in a program, he rebels but eventually capitulates.

Family Law explores in a realistic and touching way the emotional barriers that often block intimate conversation between fathers and sons. Perelman Jr. intuits that something different is going on with his father but does not ask him about it. He forgets to buy a birthday present for his father's 65th birthday and is embarrassed to admit it.

Many sons are intimidated by their larger-than-life fathers and spend a lot of time hiding in their shadows. Perelman Jr.'s lack of drive comes through in his relationship with Sandra as well. He has the habit of falling into bed at night and sleeping in his shirt and tie. She is very patient with his foibles and when she goes away for the first time since the birth of their son, she hopes that her husband will be able to manage without her.

Daniel Hendler puts in a rounded and relaxed performance as the underwhelming Perelman Jr., a young man who slowly comes into his own. Family Law is the official entry from Argentina for the Best Foreign Language Film Academy Awards. 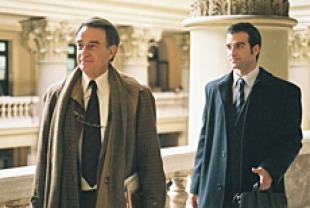 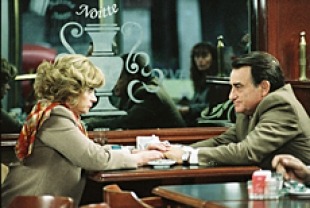 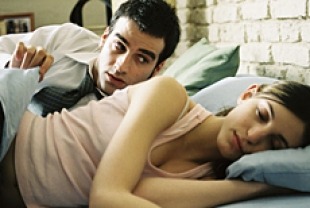