Directed by Richard LaGravenese
An inspiring drama about an idealistic teacher who breaks down the walls separating her students from each other.

"Diversity may be both the hardest thing to live with and the most dangerous thing to be without," the prophetic Protestant clergyman William Sloane Coffin once observed. One of the greatest challenges of our pluralistic culture is dealing with the stranger. We give love and respect to kith and kin but are suspicious and antagonistic toward outsiders. These attitudes are especially prevalent in many urban enclaves where youth have divided into groups based on race and gang affiliation. They are loyal to their own and aggressive toward strangers, constantly upping the ante of distrust and violence. This is the background for Freedom Writers.

Richard LaGravenese, the screenplay writer of The Fisher King, A Little Princess, The Bridges of Madison County, and The Horse Whisperer, is the director of Freedom Writers. This ambitious drama is based on the true story of an idealistic teacher who took on the challenge of educating a diverse group of high school students classified as "unteachables" in Los Angeles in 1994 shortly after the beating of Rodney King and the subsequent riots.

Erin Gruwell (Hilary Swank) arrives for her first day of teaching at Wilson High, a Long Beach school which once had students with high academic scores but has now has been integrated with underprivileged boys and girls who use drugs, have served time in prison, and are very angry about living in a war zone where people are killed regularly on the streets. They rebel against learning and have little respect for the educational system. Erin's department head Margaret Campbell (Imelda Staunton) is a traditional educator who has seen it all in her 30 years of teaching. She wonders how long this 23-year-old's idealism and enthusiasm will last once she sees what she is up against. The students have congregated in the schoolyard and the classrooms in groups based on race (African Americans, Latinos, Asians) and gang affiliation.

Erin tries to connect with her students by talking their language and by referring to cultural artifacts they are familiar with but they immediately judge her as just another white person trying to make them over. Nothing works until she confiscates an ugly racial cartoon that one student has drawn of an African American in the class. She compares it to the kind of drawings of Jews that the Nazis used to inflame resentments in Germany. But to her surprise, Erin discovers that her students know nothing about the Holocaust and the persecution suffered by the Jews. She likens the Nazis to a street gang just protecting their own.

Erin then hands out blank journals and tells the students she wants them to write something in them every day. They won't be graded, and she will only read them if they give her permission. For many of them, this is the first time they have been empowered to share their feelings and ideas with others. Another time she has them play the "Line Game" (see Spiritual Moment in Movies at right), and they discover that they share many feelings in common.

Next, she decides to have them read The Diary of Anne Frank, followed by a trip the Los Angeles Holocaust Museum. A dinner with several survivors enables the students to further empathize with others who have dealt with intolerance, hatred, and violence. Erin's most effective program comes with a visit to the school by Miep Gies (Pat Carroll), the Dutch woman who provided a hiding place for the Franks. The students have written her letters and consider her a hero, but she tells them they are heroes, one and all.

Erin's commitment to transforming her students attitudes and opportunities undergoes many shocks and setbacks. She has to take part-time jobs to buy books for them and to finance several outings. Her husband, Scott (Patrick Dempsey), grows increasingly irritated by her passion for the work. Her father (Scott Glenn), who inspired her with his idealism, also has a hard time accepting all the time and energy she devotes to teaching. But in the end, all this pays off for Erin as the students find common ground and form a creative community of sharing. Among those who stories stand out are Eva (April Lee Hernandez), a fiery Latino; Andre (Mario), a tough African-American; Marcus (Jason Finn), an African-American who has been living on the street; and Sindy (Jacyn Ngan), a Cambodian teenager who spent years in a refugee camp.

This inspiring and thought-provoking movie is based on the book The Freedom Writers Diary by the Freedom Writers with Erin Gruwell. Not only does this story pay tribute to a teacher who makes an enormous contribution to the lives of her students, it also celebrates the unity that can arise out of diversity when individuals break down the walls that separate them from others. Right now the communities and nations of the world need to study the spiritual meaning of unity and the beauty that can arise out of the dignity of difference. 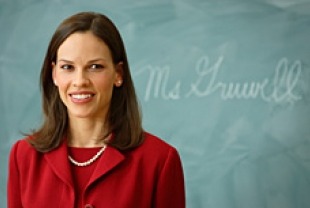 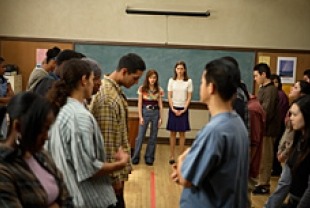 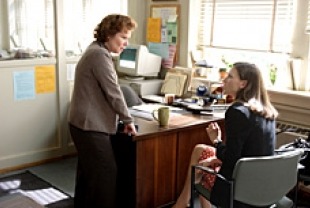 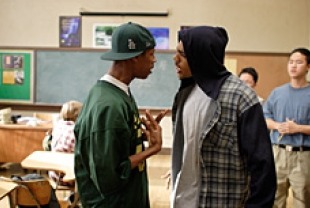 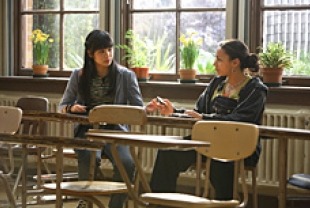 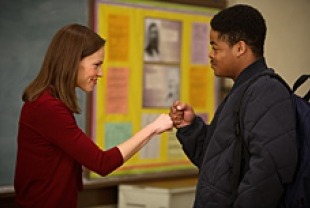 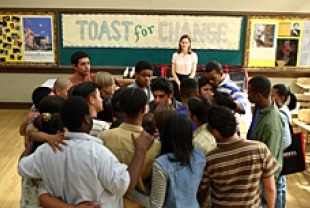 Read our reflections on Openness in Freedom Writers