Directed by Olivier Dahan
A gritty and honest portrayal of the legendary French chanteuse Edith Piaf.

In her 47 years, Edith Piaf (1915-1963), the acclaimed French chanteuse, experienced a roller-coaster ride of exhilarating highs and incredibly depressing lows. Abandoned as a child by her Italian mother, she never got over being rejected; it stayed with her as a raw wound in her psyche and heart. During World War I, her father took her to live with his mother who ran a house of prostitution. Edith was looked after by Titine (Emmanuelle Seigner) who grew very attached to her. The little girl joins the circus with her dad and then is forced to live the vagabond's life on the streets with him. Edith surprises herself and her father when she first sings for coins.

Promoter and entrepreneur Louis Leplee (Gerard Depardieu) hears her and immediately hires her to perform in his nightclub under the new name of Edith Piaf (Marion Cotillard) which means "the little sparrow." Audiences are impressed by the emotional vitality of her singing and the fantastic range of her voice. Her career is momentarily derailed when her mentor is killed but she finds another patron who teaches her how to "live the song." Constantly fearing a fall back into poverty and oblivion, Edith steels herself against failure with alcohol and later, after an automobile accident, with drugs.

Director Olivier Dahan has fashioned an emotionally powerful screen portrait of the famous French singer who was once told by the actress Marlene Dietrich that her voice was "the soul of Paris." He wisely uses the original recordings of Piaf's voice. The film occasionally overreaches by trying to include far too many details of extraneous matters but the superb performance of Marion Cotillard wipes all this away especially in the astonishingly effective closing scenes of Piaf's story. Dahan was at one time a painter, and this artistic emphasis vividly comes across in the following scenes:

• As a little girl, Edith goes blind and then regains her sight as she focuses her eyes on flower in front of her.

• Edith's fear of abandonment comes to the fore when she is forcibly torn out of the arms of Titine, the prostitute who has nurtured and loved her as if she were her own daughter.

• In her first performance at Leplees's nightclub, Edith's frail body is hunched forward, and she truly looks like a frightened little bird.

• Edith had an affair with a married man, world-boxing champion Marcel Cerdan (Jean-Pierre Martins), and that he is her one true love is evident on her face whenever the two meet.

• The point is made that throughout her life that her spirit was willing but her flesh was weak; in two scenes she collapses on stage while singing.

• In the only time in the film where Edith looks at peace, she is knitting on a California beach while being interviewed by a young woman.

• A scene of the crippled and wrinkled Edith sitting in a chair in her yard conveys the toll of a life of addictions and illnesses on the battered body of a valiant survivor.

La Vie En Rose ends on an emotional high with Piaf's rendition of "Jen e regretted de rien," a song that scoops up in its embrace a lifetime of struggle and triumph.

Special DVD features include a featurette. 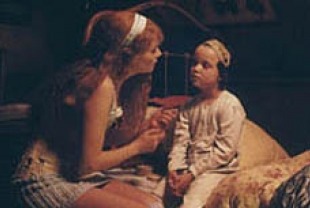 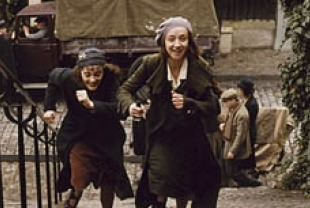 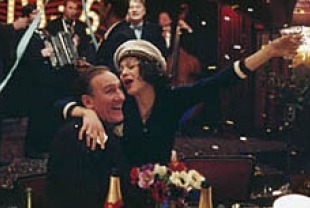 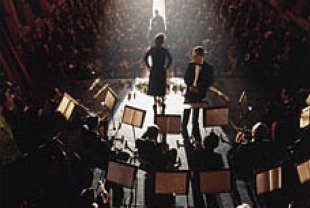