Directed by Fredi M. Murer
An enchanting Swiss movie about a musical prodigy and his loving grandfather.

Twitter Facebook Link Print
Share
Vitus was the official Swiss entry for the 2006 Best Foreign Language Film Academy Award. Co-writer and director Fredi M. Murer has crafted a thematically rich drama that explores music, the loneliness and special pleasures of being a child prodigy, grandparenting, creativity, and play. This character-driven film has many magical moments and is visually creative as well. Viewers will best appreciate Vitus when they open their hearts to the child within and allow the themes and images wash over them without trying to control or hold on to them.

Everyone seems to have big plans and high expectations about the extraordinary things Vitus will accomplish. By the time he is six years old, tests have proven that he has an IQ of 180 and is a prodigy in playing the piano and doing mathematics. His British-born mother, Helen (Julika Jenkins), wants her son to become a famous pianist and she drives him quite hard to practice all the time. Dad Leo (Urs Jucker) is a bit of a wizard himself: he has designed a new type of hearing aid that is posed to lift up the financial fortunes of his company. Naturally, given the detail work of the project, he has little time for his son.

The only one who gives young Vitus (Fabrizo Borsani) the freedom and the space he needs to truly be himself is his eccentric grandfather (Bruno Ganz) who endlessly putters around in his tool shop and still nurtures a lifelong dream of becoming a pilot. By age twelve, Vitus (Teo Gheorghiu, a real-life prodigy) is quite dissatisfied with his regimented and controlled life. He attends the equivalent of college and doesn't get along with either the students or his professors. His mother years earlier got rid of the only real playmate he ever had, a twelve-year-old babysitter named Isabel (Kristina Lykowa). Unwilling to continue with things as they are, Vitus concocts and pulls off a brilliant scheme that enables others to see him as a normal boy rather than as a prodigy. All the pressure to perform vanishes, and he is free to be his own creative self. This turnaround radically transforms his life and the lives of those he loves.

Vitus is an endlessly fascinating movie that contains many treats and surprises. His grandfather offers unconditional love that enables this isolated and frustrated boy a time and a place to test his wings. Without lecturing him, he asks all the right questions that set Vitus on the right course. He is always ready to play whether with balloons or the tools in his toolbox. When the time is right, Vitus pays his grandfather back with gifts that touch the old man's soul and make him forever young. 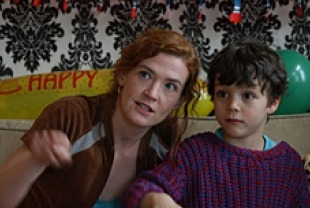 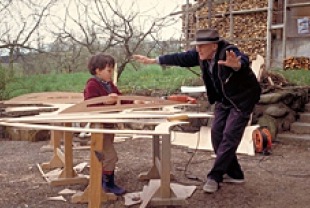 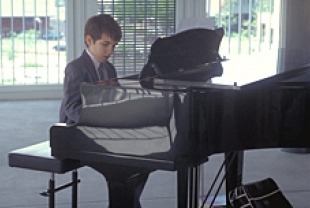 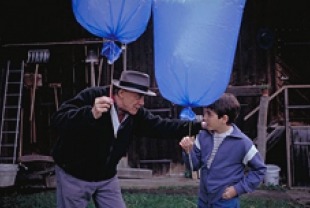 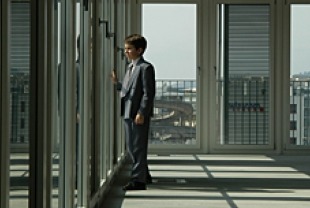