Directed by Adam Ravetch, Sarah Robertson
An extraordinary documentary that heightens our connection with the lives and destinies of an Arctic polar bear and a walrus.

St. Francis of Assisi, a thirteenth-century Catholic monk, held animals in such high regard that he addressed them as brothers and sisters. Today many people are trying to honor that sacred connection. But formidable forces are working against this spiritual perspective. Many continue to see animals as nothing more than an expendable resource. They want to adhere to the status quo and that means taking care of business and not worrying about protecting threatened and endangered species. It also means not spending any time or energy on adjusting our way of life that is having such a dire effect on the habitats of wild animals all over the world. This film attempts to get people to understand what's at stake if we don't act now on climate change.

Adam Ravetch and Sarah Robertson, a husband-and-wife team, have spent two decades filming the Arctic's mammals for television nature shows. This documentary focuses on two animals in this frigid wilderness — a polar bear named Nanu and a walrus named Seela. Queen Latifah serves as narrator of the story. All those who enjoyed and were edified by March of the Penguins and An Inconvenient Truth are sure to be very pleased with this National Geographic production. The filmmakers have a deep respect for these animals and their struggle to survive in an environment that is undergoing tremendous changes due to global warming. Nanu and Seela, it soon becomes apparent, are going to have to develop new resiliency to stay alive in this kingdom where the ice floes are melting quicker than ever before.

Ravetch and Robertson have used their wildlife footage to create an adventure story that charts the childhood and initiation into adulthood of Nanu and Seela who start out as small babies and then grow into very large animals — female polar bears reach 600 pounds, and walruses can weigh up to 3000 pounds.

Nanu's mother has given to her and her brother in a ice cave during the winter. In the spring, they move through the bright hole above onto their icy world. It's a lark watching the two cubs cavort with each other and follow their mother around. Polar bears communicate with each other through body language and roars, huffs, and growls. Nanu's mother teaches the cubs how to capture a seal hiding under a layer of ice by pounding on the surface. But because the ice is melting, their hunting advantage over the prey is diminishing every day. The search for food over their first year becomes a major challenge for mother and cubs, and we see the dire effect of scarcity. Although cubs usually stay with their mothers for three years, Nanu's mom drives her away to find new territory for food after just two years. It's a heart-rending scene but she does survive, although at one point she must risk a 200-mile ocean swim to find prey to eat.

After her birth, Seela is nurtured by her mother and becomes part of a large community of walruses. She even has a special protector, an "Auntie" who helps fight off predators, a role she assumes for three years. The ice is also an important place for these animals, and thinning ice that is no longer strong enough to hold them, is becoming a problem. At one point the whole herd heads off to find a new place to sleep out of the water. There are several entertaining sequences of them resting on their new home, a large rock in the ocean. Although these gigantic creatures, who are sometimes the size of a car, look awkward on the land, they are graceful underwater. Adam Ravetch delivers some fantastic shots of them in the ocean.

Arctic Tale makes it easy for us to empathize with Nanu and Seela as they struggle to survive in the frigid wilderness. We learn that it is not the ice that is the challenge; their lifestyle is dependent upon the ice. They are "creatures designed for astonishing cold." It's the loss of the ice that is presenting major problems for the healthy survival of these species. By the end of the film we feel a deep connection with this polar bear and walrus. We take our hats off to Ravetch and Robertson for making this feeling possible. Writer Catherine Bateson has observed:

"The singing of whales has become for many people a paradigmatic experience of the sacred, an encounter with another species living in a totally different medium, suddenly known as kin rather than as stranger."

Movies like this one also bring us an experience of the sacred. Nanu and Seela are kin, and we are connected to them in very direct ways. Their survival and the future of their offspring depends on what we can do to halt global warming and the spread of pollution. A recent study suggests that the summer sea ice in the Arctic may continue to decrease by as much as 10 % per decade. If the trend continues, there will be no summer sea ice as early as 2040. Let's hope and pray that we will do the right thing so that these precious wild animals may flourish and thrive in their ecosystem for many years to come.

Special DVD features include the making of Arctic Tale and "Are We There Yet? World Adventure: Polar Bear Spotting." 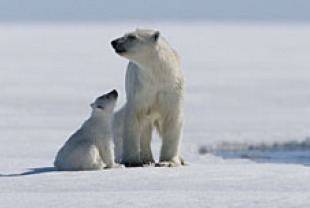 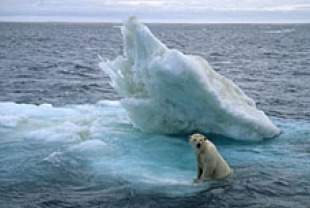 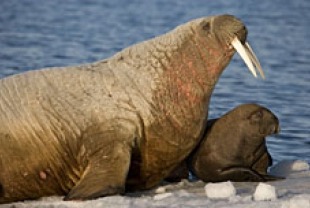 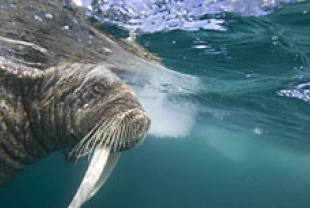