Directed by Leila Conners Petersen, Nadia Conners
An important documentary that challenges us to live in harmony with nature.

The 11th Hour boldly takes us way beyond An Inconvenient Truth with its incisive and cutting-edge examination of the global environmental crisis. It explores the larger picture of what's happening in all areas of the planet — climate change, species extinction, soil degradation, loss of forests, pollution of the oceans, and more. But it doesn't stop with the bad news. This documentary ends on a real note of hope, offering a visionary road map to a sustainable future. We may be in the 11th hour, the last moment when change is possible, but change is possible.

The documentary's directors. Leila Conners Petersen and Nadia Conners, interviewed 50 leading scientists, thinkers, designers, historians, and leaders, then created a film collage of their knowledge and commentaries on the present-day crisis and their sound ideas for saving the planet from a catastrophe which may result in the extinction of human beings. Producer and narrator Leonardo DiCaprio challenges us to change our consciousness and transform our lives by living lightly upon the earth in harmony with nature. The 11th Hour is a deeply spiritual film that proclaims the evolutionary importance of love, compassion, mindfulness, reverence, and connectedness with all living beings.

An ancient Chinese proverb states: "If we do not change our direction, we are likely to end up where we are headed." David Suzuki, an award-winning scientist, environmentalist and broadcaster, says in one segment of the documentary: "It was the human mind that was the key to our very survival. Now when you think that we evolved in Africa about a hundred and fifty thousand years ago, and compared to the other animals that must have been born on the plains of that time, we weren't very impressive. We weren't very many, we weren't very big, we weren't gifted with special senses. The one thing, the key to our survival and our taking over the planet, was the human brain. But because the human mind invented the concept of a future, we're the only animal on the planet that was able to recognize: we could affect the future by what we do today."

But over time, and especially since the industrial revolution, we have separated ourselves from nature. Add to the mix the belief in continuing progress understood as limitless growth and limitless expansion, the population explosion, and new technology, and the results have been breakdowns in the ecosystems — floods, hurricanes, drought, deforestation, desertification, and the melting of the polar ice caps. Recent disasters have created more than 150 million environmental refugees, and that's only counting humans.

Wangari Maathai, who won the 2004 Nobel Peace Prize for her work with the Greenbelt Movement in Kenya, appears in the documentary. She says, "In my own part of the world, I keep telling people, 'Let us not cut trees irresponsibly. Let us not destroy especially the forested mountains. Because if you destroy the forests on these mountains, the rivers will stop flowing and the rains will become irregular and the crops will fail and you will die of hunger and starvation.' Now the problem is, people don't make those linkages." She and the other commentators calls for a change in our consciousness. The entire human population is now confronted with a convergence of crises which require us to work together. Instead of living in denial or sinking into despair, we can act in concert with others to save the planet.

Real change will require our understanding the motivations and confronting the forces and institutions that resist change, including corporations, government, economies, and cultural influences. For example, American children, exposed to television ads daily, may recognize 1000 corporate logos and not known the names of any native plants in their backyard. Psychologist James Hillman observes that "We have lost the beauty of the world so we try to possess the world." Bioneers founder Kenny Ausubel puts it bluntly: "We have the possibility of blowing it on a global scale."

But humans also have caring, compassionate, and inventive sides — capacities desperately needed in these times. In a transformative moment in the documentary, author, environmentalist, and green entrepreneur Paul Hawken says that this is actually an exciting time to be alive because we get to "reimagine everything we do. This generation gets to completely change this world." Wade Davis of the National Geographic Society agrees: " All of these forces sweeping over the planet are the forces created by human beings. And if human beings are the source of the problem we can be the foundation for the solution." A number of scientists then present very pragmatic things that individuals can do and also big ideas that could reverse such problems as soil degradation. The ozone layer, once thought to be permanently damaged, is healing, and the rest of the ecosystem can recover as well. But it will take the application of our technology and ingenuity to new ways of living.

All this will require a change of perspective and concerted ethical action similar to the civil rights movement of 40 years ago in America. And it would be wise to remember the words and deeds of Dr. Martin Luther King, Jr., who said: "Love is humankind's most potent weapon for personal and social transformation."

Special DVD features include The 11th Hour featurette gallery: "Nature's Operating Instructions and Solutions," "Solutions We Have Right Now," "Wonder of the World," "Our Reactions in the Face of Environmental Collapse," "Religious Perspectives." 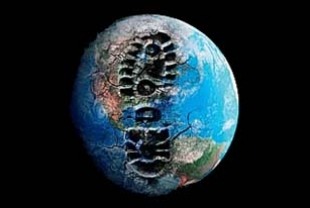 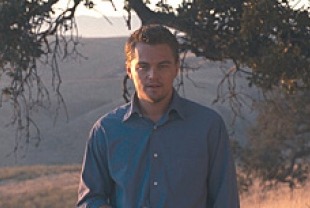 A Q&A with Leila Conners Petersen and Nadia Conners