The Romance of Astrea and Celadon

Directed by Eric Rohmer
A screen adaptation of a 17th-century pastoral novel exploring fidelity and jealousy.

Eric Rohmer has made an impressive contribution to humankind by exploring the different shades of love in his French films. In this one, the eighty-seven-year-old writer and director has brought to the screen a seventeenth century pastoral novel by Honore d'Urfe.

In fifth century Gaul Celadon (Andy Gillet) is a shepherd who is madly in love with Astrea (Stephanie Crayencour), a shepherdess. But after she sees him kiss another woman at a family gathering, her jealousy becomes a terrible swift sword. She does not give him time to explain and orders him out of her sight forever.

With his dream of love shattered, Celadon throws himself in the river to drown but is retrieved downstream by a lovely nymph (Veronique Reymond). Once she sees how handsome he is, she decides to keep him all for herself. But Celadron wants to go off on his own. Another nymph, Leonide (Cecile Cassel), sets him up in a shelter in the woods and calls upon her uncle, a druid priest (Serge Renko), to talk some sense into the young man who wants to do nothing more than hide out from the world.

This pastoral idyll moves very slowly, and the dialogue comes across as quite cumbersome, given the story's mythological weight with its nymphs, druids, and a young man who debunks the beliefs of the community. In the last segment of the film, Celadron disguises himself as a woman and has a rendezvous with Astrea. We've been down this road many times before but Rohmer makes it all seem quite graceful and sweet. Although the time and the setting are new, the writer and director's exploration of the meaning of fidelity and jealousy are as beguiling as ever. 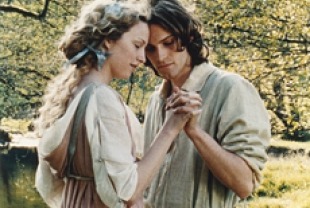 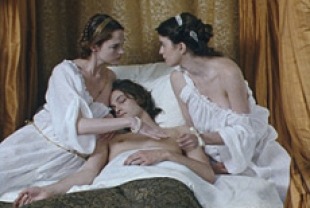