Things We Lost in the Fire

Directed by Susan Bier
A deeply emotional film that gives us a deeper respect for those trying to recover from the loss of a loved one or from enslavement to addiction.

Audrey Burke (Halle Berry) has her life upended when her husband Brian (David Duchovny) is shot and killed while trying to help a stranger in distress. She lives in a luxurious home with their two children, ten-year-old Harper (Alexis Llewellyn) and six-year-old Dory (Micah Berry), who were very dependent on their father's attention and love. The one source of tension in Audrey and Brian's marriage was his close friendship with Jerry (Benicio Del Toro), a lawyer whose life has been on a downward spiral thanks to a heroin addiction. The two men have been buddies since childhood, and Brian was the only person who never gave up on Jerry through his problems. Bowled over by grief, Audrey almost forgets to invite Jerry to the funeral. He shows up looking haggard and uneasy. He knows that she never liked him, and he feels even more uncomfortable now that his friend is gone.

The Things We Lost in the Fire is directed by Susan Blier based on top-drawer screenplay by Allan Loeb. This accomplished Danish filmmaker was at the helm of three extraordinary films, After the Wedding, Open Hearts, and Brothers; the latter was nominated for 11 European Film Academy Awards. In her American film debut, Bier again demonstrates her knack for delivering intimate dramas that revolve around emotional issues of the heart and the soul. Here we are entranced by the close encounter between a woman in the throes of a wrenching and life-shattering grief and a young man struggling to end his drug addiction. They are both at the crossroads and need a fellow traveler to help them along the way. Audrey invites Jerry to move into an empty room near their garage once she sees that he has connected in a primal way with both Harper and Dory.

Many spiritual writers about grief point out that after the death of a significant person, we are suspended in a limbo where we are not the persons we used to be or the new person we are on the way of becoming. Halle Berry puts in an astonishing portrait of Audrey's anger, helplessness, derangement, and yearning to escape. Forced to her knees by tragedy, her isolation is what bothers her most, and that is why she reaches out to her husband's friend.

Jerry faces his own isolation as a drug addict and pariah in society, although he does have the solace of regular meetings with other addicts in AA. Benicio Del Toro is a very emotional actor, and here he shines in the special relationship he builds with Harper, a basketball player and lover of old movies. He both welcomes Audrey's attention and is confused by it; one minute he is called upon to be her companion in grief, and the next minute he is the target of her anger. One day they go to the neighbor's swimming pool and Jerry is able to get Dory to put his head under the water, something Brian had been trying to get him to do for months. That night, Audrey tells Jerry that what he did broke her heart because that moment should have been Brian's. But the last thing Jerry wants to do is replace his friend; that would be acting as if he "never happened."

Audrey and Jerry's journey back to the land of the living is arduous, full of starts and stops. Brian used to say "accept the good," but both of them are resistant to letting go of their pain. This heartfelt and deeply emotional drama gives us a deeper respect for those trying to recover from the loss of a loved one or from enslavement to addiction. 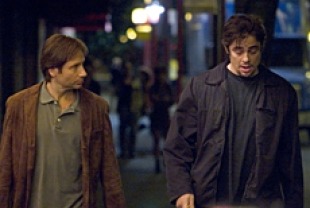 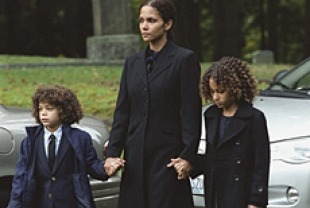 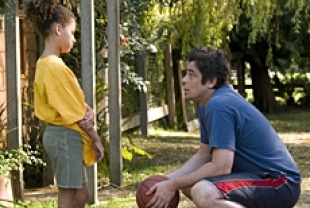 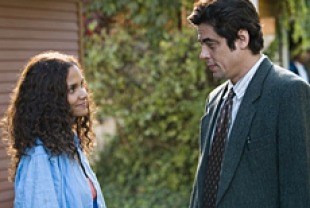