Lars and the Real Girl

Directed by Craig Gillespie
A surprising and touching film about the love, kindness, and hospitality of a Christian community for a lost and lonely soul.

In one of his ecological treatises, scientist Gregory Bateson asks, "What pattern connects the crab to the lobster and the orchid to the primrose and all four of them to me? And me to you?" The mystics would answer that love is the pattern that stitches the universe together. And they are right. Genuine love enables us to reach out to those who are different from us and treat them as if they were members of our family. One of the places where this often happens is within a Christian community, but few movies about the church portray it as a matrix of love, hospitality, and kindness. In fact, movies about churches usually focus on just the opposite, depicting them as places of hypocrisy, judgment, and prejudice. Lars and the Real Girl breaks the mold by presenting a Lutheran church in a small Midwest town as the catalyst for an amazing outpouring of love and care by its entire community for a hurting person who needs help.

Twenty-seven-year-old Lars Lindstrom (Ryan Gosling) is a shy loner who avoids contact with people as much as he can. His mother died while giving birth to him and he was raised by his depressed father. He now lives in the garage apartment behind his childhood home which is occupied by his older brother, Gus (Paul Schneider), and his pregnant wife, Karin (Emily Mortimer). Lars' only social activity is regularly attending a nearby Lutheran church.

One day at the small office where he works, the fellow who shares his cubicle shows him an Internet ad for a life-size girl doll that is anatomically correct. Lars purchases one and introduces her to his brother and sister-in-law as Bianca, a half-Danish, half Brazilian missionary who's "on sabbatical to experience the world." She must be pushed around in a wheelchair and, because she's very religious and it wouldn't be right for her to sleep in Lars' apartment, is given her own bedroom in Gus's house. Lars claims to have met Bianca on the Internet, and he is very taken with her.

Gus is totally freaked out by his brother behavior and immediately worries about becoming the source of ridicule in their small town. Karin suggests that they seek counsel from Dr. Dagmar (Patricia Clarkson), a family doctor and psychologist. Pretty soon, Lars is taking Bianca to the doctor once a week, which gives Dr. Dagmar a chance to talk to him and also to work on his fear of being touched. She tells Gus and Karin that Lars has a delusion and the best thing for them to do is to go along with it.

Meanwhile the church council meets with the pastor to decide what to do if Lars brings Bianca to a service. Mrs. Gruner (Nancy Beatty) convinces them that everyone has problems and they should offer moral support to Lars in the name of love. The minister says the only question is "What would Jesus do?" Consequently, when Lars brings Bianca to church, the congregation makes room for her and even welcomes her with a gift of flowers.

This tolerance starts with the Christians but rapidly spreads throughout the whole community. At an office party, Lars' coworkers treat Bianca as an honored guest. She gets her hair styled at the local beauty shop, is asked to volunteer at the hospital, and is even elected to the school board. Gus becomes more patient with his brother realizing that he is slowly growing up and going through some difficult emotional changes inside. And for the first time in his life, Lars begins to see that he could have a normal life like other people. He begins to respond to all the good vibrations coming his way from Margo (Kelli Garner), a co-worker who has taken quite a shine to him.

Lars and the Real Girl is beautifully directed by Craig Gillespie from a very sensitive screenplay by Nancy Oliver. There are no cheap laughs or thrills at the expense of Lars or Bianca. Best of all, this film presents the most positive portrait of Christian community that we have seen in years! These people model hospitality as they reach out to this odd couple in their midst with love and exquisite kindness. And those qualities soon spread to others in the small community who are familiar with Lars' shyness and social awkwardness and are happy to see him opening up in new ways.

One of the chief spiritual lessons of Lars and the Real Girl is that we should not hope for a life without problems or obstacles but rather see them as opportunities to grow in our capacity to love and be kind. We are all familiar with the thought that it takes a village to raise a child. Lars and the Real Girl makes it clear that it may take an entire community to help heal a troubled soul.

Special DVD features include two featurettes "A Real Leading Lady" and "The Real Story of Lars and the Real Girl" and "Bathtub," a deleted scene. 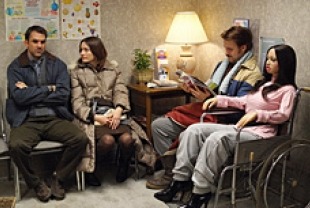 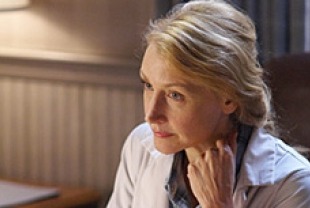 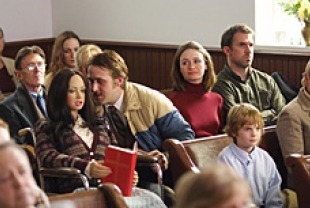 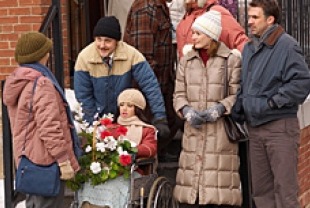