Directed by Martin Scorsese
A live performance by Mick Jagger and the Rolling Stones, who really know how to give it all they've got.

Mick Jagger is 63 years old and still ready to rock on down the highway with drummer Charlie Watts, guitarist Ronnie Wood, and the inimitable Keith Richards. Martin Scorsese has used the music of the Rolling Stones in some of his movies and here he puts to expert use 18 cameras in New York City's Beacon Theatre to catch all the spunk and the flare of a concert with fans in close proximity to these famous bad boys. The Rolling Stones are joined by three guest performers: Buddy Guy, Jack White III, and Christina Aguilera.

Scorsese includes only a few interviews from the past, and they are pleasant enough. In a telling one in 1972, Dick Cavett asks Mick if he could imagine himself still on tour at 60 and he responds, "Easily." And why not? Listening to songs such as "She Was Hot," "Honky Tonk Women," "Jumpin Jack Flash," "Shattered," "Start Me Up," and "Brown Sugar" is to appreciate afresh this veteran rock band's special brew of beat and barrelhouse movement. Jagger struts his stuff and proves once again to be a versatile and generous performer who gives his audience all he's got. There is no holding anything back here, and that's what makes him such an endearing bad boy.

Special DVD features include: four bonus performances by the Rolling Stones, not shown in theaters: "Undercover of the Night," "Paint It Black," "Little T & A," and "I'm Free"; and a behind-the-scenes featurette. 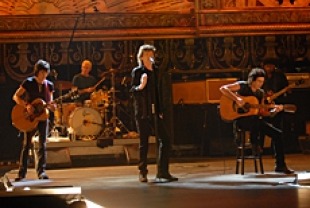 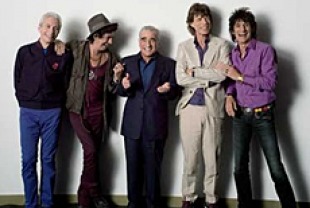